CPUC’s reduced plan eliminates consumer fees. The original was abandoned after criticism from the governor and solar advocates that it could harm the transition to renewable energy.

The California Public Utilities Commission today released a long-awaited revision to its proposal to regulate rooftop solar installations, eliminating an unpopular new fee but reducing how much utilities will pay homeowners to deliver electricity to the grid.

The revised proposal comes after the CPUC earlier this year abandoned a controversial plan that solar advocates warned would undermine the state’s efforts to combat climate change.

Measures to overhaul the management of California’s residential solar program are more than a year behind schedule. The CPUC’s challenge is to encourage more rooftop solar production without burdening low-income residents with disproportionately higher energy bills.

Increasing solar power to replace fossil fuels is seen as key to reducing greenhouse gases in California. State law has set a goal of 90% carbon-free energy by 2035 and 100% by 2045.

The revised proposal addresses some — but not all — concerns raised by solar supporters. Electric companies say that it is not difficult to discern the governor’s imprint on the changes. Newsom, who appoints five members of the CPUC, spoke out twice, suggesting that the original proposal should be reconsidered.

“The changes are drastic,” said Kathy Fairbanks, spokeswoman for Affordable Clean Energy for All, which represents 120 organizations, including Pacific Gas & Electric, Southern California Edison and San Diego Gas & Electric. “Clearly there was some impact.”

The CPUC will hear oral arguments at a public meeting next Wednesday, and a vote on the measure is scheduled for Dec. 15. If passed, the new rules will take effect next April.

The CPUC is required by state law to update its net metering rules, which has set in motion a lengthy, complex and politically thorny process.

The proposed rules “would really hurt,” she said. She estimated that new customers would be paid a base rate of  5 cents per kilowatt-hour for energy they generate but don’t use, compared with about 30 cents now.

Del Chiaro said the latest proposal “needs more work or it will replace the solar tax with a steep decline in solar energy.”

The solar industry is pleased with the abolition of the monthly fee. They said the surcharge would discourage the installation of solar panels and damage the growing clean energy sector.

The state’s utilities, however, are disappointed that there are no changes to better manage the shared costs of residential solar.

“We expected [the Commission] to do more. It’s frustrating,” said Fairbanks of Affordable Clean Energy for All.

Fairbanks said the amended proposal does not address what is known as “cost shifting,” referring to solar customers who do not pay their fair share of the costs associated with providing residential electricity and impacting the function of the electric grid. Utilities say that these costs are now unfairly distributed among all taxpayers.

More than $3 billion was passed on to non-solar customers in 2021, according to the CPUC’s Office of the Public Advocate. The new proposal “went backwards” in addressing that gap, Fairbanks said. Rooftop solar buyers “have been getting sweet deals for decades.”

The original proposal largely reflected the interests of the three largest state utilities. It has been attacked by the solar industry, clean energy and consumer advocates, and environmental organizations.

The timing of the proposal was awkward: As the state ramps up its renewable energy ambitions, Newsom reiterated that rooftop solar is “essential” to meeting California’s clean energy goals. The state’s popular incentive program has installed solar panels on 1.5 million residential and small business roofs.

The policy, called Net Metering, was implemented in 1995 and established a framework for large utilities to buy excess energy from homeowners and supplement the electricity to the grid. The program was enhanced with incentives that reduced the initial cost of purchasing the system.

The new proposal outlines the evolution of clean energy and its impact on the power grid. Officials say the rule would align state policy with a grid that is bloated by solar power during the day and overwhelmed by demand for electricity when the sun goes down.

How can California workers transition to green energy jobs?

Lea este artículo en español. California likes to see itself as a leader in climate policy. This may interest you : California landfills are filled with toxic solar panels. But the transition from fossil fuels to renewable energy will also mean a major overhaul for workers. What happens to oil and gas workers whose jobs may disappear? Will California have people with the right skills to…

California does not have a free solar installation program. No country currently has such a program. Instead, California offers tax credits and rebates to lower the cost of installing solar panels. Because of this, buying solar panels and converting to solar energy is cheaper than in some other countries.

This may interest you :
Scientists fabricate novel electrical component to improve stability of solar cells
In the future, decarbonized societies that use internet of things (IoT)…

Can Hoa stop you from installing solar panels California?

In the state of California, the California Solar Bill of Rights prevents HOAs from limiting someone’s ability to install solar panels. In other words, your HOA cannot prevent you from installing a solar electric system on your property.

Can HOA stop me from installing solar panels?

Under solar access laws, HOAs are legally prohibited from preventing their members from installing a solar panel system on their property. The government passed these laws to encourage more homeowners to buy solar panels and use renewable energy sources.

What is the North Carolina Solar Access Act? In 2007, North Carolina drafted and passed its first solar access law. Known as SB670, the law prohibited HOA CC&Rs from prohibiting the â½reasonable use of a solar panel for a single-family home.â The law only applies to HOAs established after 2007.

Can my HOA stop me from installing solar panels in Florida?

Florida Homeowner Associations Florida Statute 163.04 prohibits any binding agreement (between HOAs or otherwise) that prohibits a property owner from installing solar energy. The HOA can restrict the placement of solar panels, but not if the performance of the system suffers.

In addition to financial constraints, some users also have physical constraints, such as those who live in apartment buildings without enough roof space for each family to install solar energy. Many also live in older buildings whose roofs require repair to support the installation of panels.

OVERVIEW OF THE LAW The law creates a legal framework for access to solar energy. It includes limited protection to give consumers access to sunlight and to limit the ability of private households and local authorities to prevent the installation of solar energy systems.

What is the new law in California regarding solar panels that will take place in 2022?

The following changes are only a proposed decision that will be voted on on February 24, 2022. The new monthly â€œGrid Participation Feeâ€ will be $8 per kilowatt of solar capacity installed on your property. That will become an average monthly fee of $48 for most California homes.

Does California have a solar mandate?

What is the new solar law in California?

In 2018, California mandated that new single-family homes, as well as multi-family homes up to three stories, must include solar panels starting in 2020. A second mandate was also passed into law, requiring new commercial buildings to have solar panels as well as battery storage .

What is the new law in California regarding solar panels that will take place in 2022?

The following changes are only a proposed decision that will be voted on on February 24, 2022. The new monthly â€œGrid Participation Feeâ€ will be $8 per kilowatt of solar capacity installed on your property. That will become an average monthly fee of $48 for most California homes.

What is the new solar law in California?

In 2018, California mandated that new single-family homes, as well as multi-family homes up to three stories, must include solar panels starting in 2020. A second mandate was also passed into law, requiring new commercial buildings to have solar panels as well as battery storage .

Are solar panels going to be mandatory in California?

In 2018, California mandated that new single-family homes and multi-family homes up to three stories in height must install solar panels. The California Solar Mandate went into effect on January 1, 2020 and is part of the California Building Code.

Will there be new solar incentives in 2022? 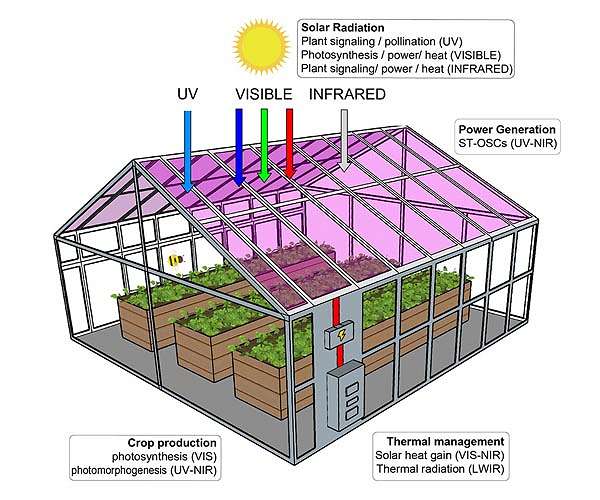 Read also :
Study finds plants would grow well in solar cell greenhouses
A recent study shows that lettuce can be grown in greenhouses…

What is the status of NEM 3.0 in California?

Whether or not NEM 3.0 passes depends on the California Public Utilities Commission. The vote is expected to take place on December 15, 2022, and the proposal may change during that time. 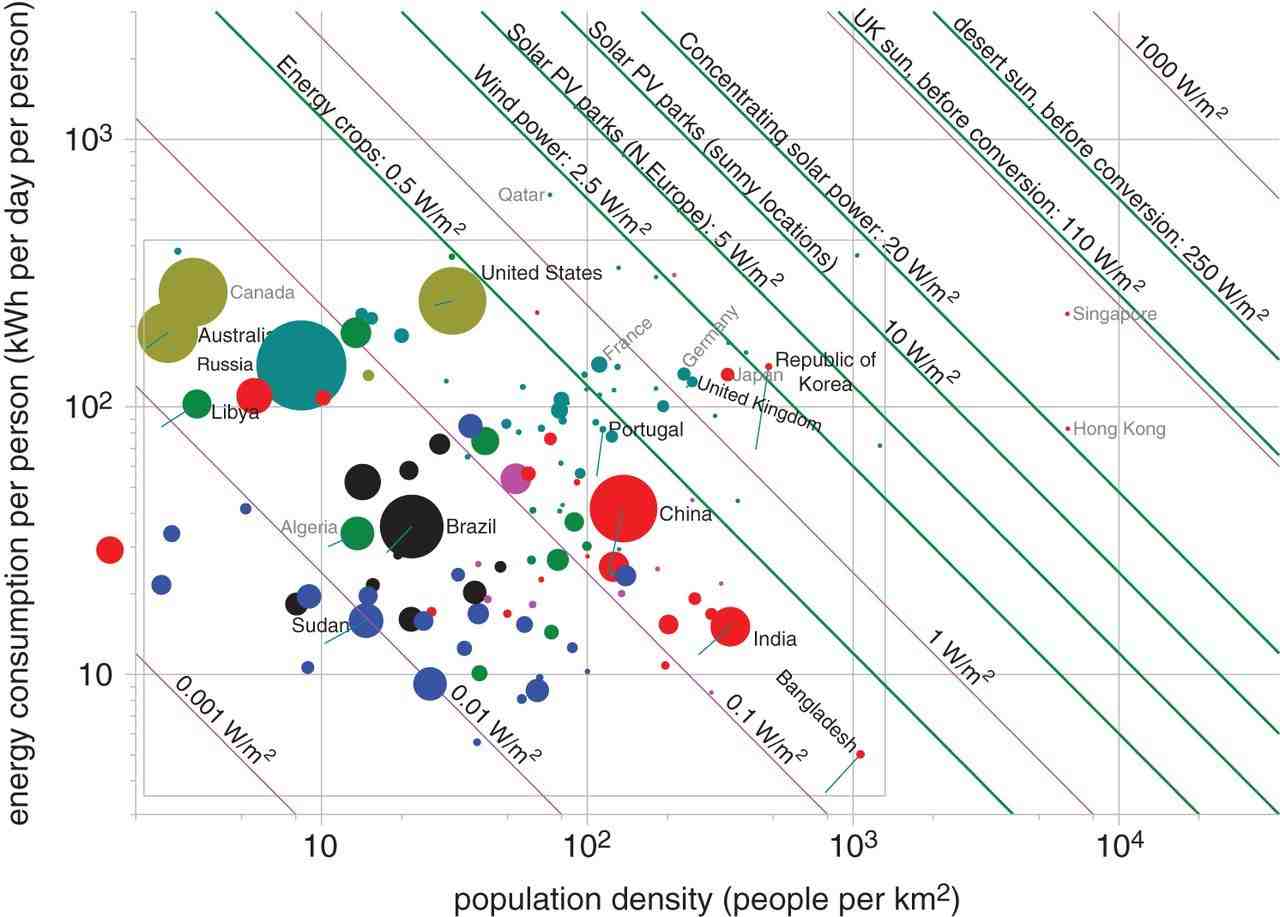 See the article :
Gaza has nearly 40% of the required energy. Locals hope that solar energy can fill the gap.
To keep the lights on and the machines running at the only…

Will NEM 1.0 be grandfathered?

Both NEM 1.0 and NEM 2.0 customers benefit from old clauses that lock solar customers into their net metering credit structure for 20 years, so if you invest in solar now and lock in NEM 2.0, you likely won’t have to worry about the potential impact of NEM 3.0 for a while.

Will NEM 1.0 be ancient? If you’ve already gone solar, your current net metering contract (NEM 1.0) is tied to 20 years from the time your utility company gives you approval to power your system.

Will NEM 2.0 be grandfathered?

Grandfathering for the current NEM tariff (NEM 2.0) is extended to users for 20 years. In the case of the new NEM tariff, NEM 2.0 customers will be subject to their tariff for 20 years from the date of their PTO.

Has NEM 3 been approved?

Is NEM 3.0 approved? NEM 3.0 has not yet been approved and lawmakers have decided to delay making any decision on NEM 3.0 â€“ the earliest the CPUC could issue a draft decision is July 2022.

What is nem successor tariff?

The NEM 2.0 tariff allows customers to receive a financial credit on their electricity bills when their rooftop solar system sends electricity to the grid after first meeting their home’s electricity needs.

Why is my Edison bill so high if I have solar?

If you’ve been hit with a high utility bill, chances are you’re using more energy than the amount used to design your solar system. This can happen during the day or at night. Keep in mind that when the sun goes down, your solar panels are no longer producing energy.

As stated in their initial proposal, NEM 3.0, âprovides an incentive for storage through TOU rates that are not cost-based and ensures that customers pay the costs incurred to serve them through a user fee.â

Has NEM 3 been approved?

Is NEM 3.0 approved? NEM 3.0 has not yet been approved and lawmakers have decided to delay making any decision on NEM 3.0 â€“ the earliest the CPUC could issue a draft decision is July 2022.

What is the difference between NEM 1 and nem2?

NEM 2.0 is an update to California’s energy regulations that removes barriers to the transition to solar in PG&E, SDG&E and SCE. NEM 2.0 eliminates the CA net metering cap and provides certainty for the future of solar in California. Now all homes in the Golden State have the option of solar power.

Who qualifies for solar tax credit in California?

If the solar system is commissioned in 2022, you will qualify for a tax credit of 26% instead of 22%. You must purchase the system to claim ITC. Consumers cannot claim tax credit for Power Lease or Power Purchase Agreements (PPAs).

The Federal Solar Tax Credit allows you to claim 30% of the total cost of a solar installation on your federal taxes. It is not a tax refund. Instead, it reduces the amount of money you owe in taxes as a credit.

Does the state of California offer tax credit for solar?

Is there a tax credit for solar panels in 2022?