ASBURY PARK – A new solar energy program that could save a school district over $ 120,000 a year was introduced this spring, officials said.

And the power panel company is just a few blocks away.

Solar Landscape, a Cookman Avenue-based energy company, has installed 3,300 solar panels free of charge in all four district schools and has signed a contract to offer their energy free of charge.

“What is important to us is that this is a zero rate,” said Geoffrey Hastings, Asbury Park School District Business Administrator. “The district is cost-free and is a good first step towards energy efficiency.”

“Public education is close to our hearts and being a good neighbor is a motivating factor,” said Brendon Shank, vice president of marketing and communications at Solar Landscape. “If we can support the community and make sure they have the additional tools and the transition to a clean economy, we are all for it.”

At the end of the 15-year period, the company can extend the contract, sell or donate the panels to the district, or sign another type of contract to maintain the solar option.

Shank said the company is receiving tax credits on the project through federal programs that reward alternative energy as well as the New Jersey Energy Savings Improvement Program or ESIP.

Hastings said Asbury Park’s panels could generate 1.3 megawatts of electricity simultaneously and would supply more than half of the energy to each school, saving the district about $ 120,000 a year.

“It is also a step towards clean energy and part of energy saving,” he said. “And these are things that are part of the curriculum that students of all levels learn.”

Solar panels at Asbury Park High School and Thurgood Marshall Elementary School went live in late December. Final connections are still being made at Martin Luther King and Bradley Elementary Schools and should be activated in the coming weeks.

Asbury Park Schools was looking for offers to supply solar power for the first time in 2020, officials said, noting that six companies had submitted bids. Solar Landscape won the competition when the company agreed to supply the panels for free and zero-rate electricity, Hastings said.

“This is just another example of the innovative measures this board is implementing to ensure we are fiscal accountable for the resources we have received,” Asbury Park Education Board president Angela Ahbez-Anderson said in a statement. “By bringing solar energy into our schools, we’re ready to save thousands of dollars. We are also particularly proud of this partnership as the company is based right here in our city. “

The Asbury Park project is part of the nationwide ESIP program, which gives government entities the flexibility to invest in energy saving tools if they bring savings.

More: Want a home in Asbury Park? More than 200 apartments, townhouses close to the beach?

“It’s about modernizing schools and public facilities to make energy-saving programs cost effective,” explained Hastings. “You go out and replace old boilers, old lighting, and you get energy savings from those replacements, and the savings are used to pay off those things.”

But for Asbury Park, there was no cost for solar panels and maintenance, so the savings are 100%, officials said.

“This city is important to us,” said Shaun Keegan, CEO of Solar Landscape, of the agreement. “Growing up in the neighborhood, witnessing Asbury Park’s resurgence and being able to become part of its diverse business community is a lot for us in Solar Landscape. When the Board of Education started studying solar energy, we decided to offer free electricity to have a significant impact on the school district. “

The Asbury Park Board of Education recently introduced an operating budget of $ 51.7 million, of which $ 18.9 million is to be raised from property taxes. Utilities make up about 2% of the budget, which is just over $ 1 million.

Chief Superintendent RaShawn Adams noted that spending cuts are likely due to declines in college enrollment, but no major school closings are planned.

“Due to cuts in budget allocation, reductions will take place worldwide as our footprint is diminishing,” said the Assistant Supervisor in an email. The final budget hearing is scheduled for April 27.

Joe Strupp is an award-winning journalist with 30 years of experience working in education and several local communities for APP.com and Asbury Park Press. He is also the author of three books, including Killing Journalism on the state of the news media, and an assistant professor at Rutgers and Fairleigh Dickinson University. Contact him at jstrupp@gannettnj.com and 732-413-3840. Follow him on Twitter at @joestrupp

Who is the largest manufacturer of solar panels in the US?

See the article :
Solar city san diego phone number
Is Tesla solar roof available in California?McCormack is one of only a…

How do solar companies rip you off?

Solar panel scams are sometimes as simple as a contractor offering a deal that seems too good to be true. Most likely, they will happily grab your money and leave you empty-handed or install faulty hardware. This may interest you : Envision: China’s renewable energy giant. Some installers may advertise “free” solar panels as part of their contract.

Why do PV companies charge so much? There are two main reasons why solar panels cost this much: The first is the cost of the equipment. Its production requires advanced production as well as expensive raw materials, such as high-quality silicon for solar panels and lithium for solar batteries.

Why are solar panels a ripoff?

Can solar run a whole house?

Is solar worth it Nova Scotia?

Nova Scotia ranks first in the country for solar energy system installation, scoring one of the best in terms of discounts, financing options and installation costs.

Not only is solar energy good for the environment, you can also make money by selling excess energy to the grid. While costs have come down in recent years, installing and maintaining solar panels can be quite costly. Solar panels are best suited for homes that are exposed to a lot of sunshine all year round.

How do you know if a solar company is legit?

Is solar a pyramid scheme?

The owner of DC Solar, a Benicia-based company, was convicted today of the billion-dollar Ponzi program – the biggest criminal fraud in Eastern California history, announced Acting US Attorney Phillip A. Talbert.

How do solar companies rip you off?

Solar panel scams are sometimes as simple as a contractor offering a deal that seems too good to be true. Most likely, they will happily grab your money and leave you empty-handed or install faulty hardware. Some installers may advertise “free” solar panels as part of their contract.

Is solar a pyramid scheme?

The owner of DC Solar, a Benicia-based company, was convicted today of the billion-dollar Ponzi program – the biggest criminal fraud in Eastern California history, announced Acting US Attorney Phillip A. Talbert.

Are there any negative effects of solar power?

Do solar panels ever pay for themselves?

Solar panels pay for themselves over time, saving money on electricity bills and in some cases earning money through ongoing incentive payments. In the United States, the average payback time for purchasing solar panels ranges from 5 to 15 years, depending on where you live.

Why solar is not a good investment?

# 1 Economics are not Right for You High start-up costs for your solar energy system. This is usually because solar equipment and / or installation costs are expensive where you live. Space constraints mean that a large enough solar panel system cannot be installed to ensure adequate savings on your electricity bills. 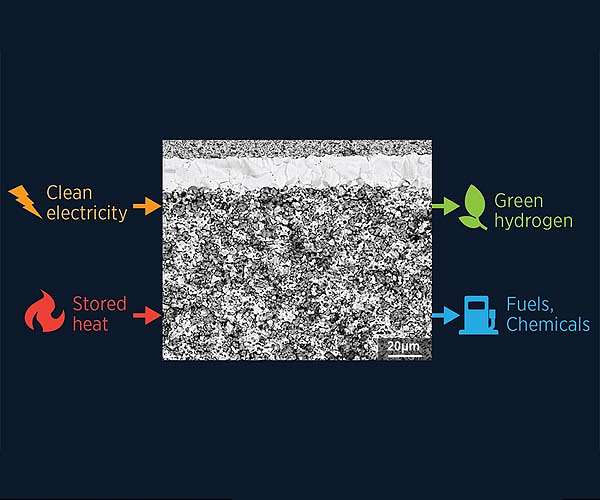 Read also :
Using excess heat to improve electrolyzers and fuel cells
Reducing the use of fossil fuels will have unintended consequences for…

After information about the break-up of Panasonic and Tesla came out in February, it was discovered that Tesla was using solar cells from a Chinese company in these Solar Roof tiles, and Panasonic began exporting the products it makes at the Buffalo factory.

Is Tesla is partnering with Panasonic?

Panasonic intends to continue supplying Musk with cells and is working with it on a next-generation Musk battery, detailed in 2020. “Our relationship with Tesla as a business partner will not change in the future,” said Panasonic CEO, who Nikkei has not identified.

Where are Tesla Panasonic solar panels made?

In addition to manufacturing in the USA, Panasonic maintains cell production in Japan. The company announced that it will continue to sell its panels in the US market.

Does Tesla use Panasonic solar panels?

The Latest History of Tesla’s Solar Panels At the end of 2016, Tesla finalized a production contract with Panasonic. Panasonic’s solar panel technology is one of the most efficient on the market.

Where are Tesla solar panels manufactured?

These products use the most sustainable source of energy: the sun. In 2017, Tesla began manufacturing solar cells and modules at Gigafactory 2, a 1.2 million square foot facility in Buffalo, New York.

Who manufactures solar panels for Tesla?

Where are Tesla solar shingles made?

Tesla solar shingles are manufactured at The Tesla Gigafactory 2. Gigafactory 2 is a solar cell factory leased by a subsidiary of Tesla SolarCity in Buffalo, New York, USA.

Are Tesla solar panels made in the USA?

Tesla Energy has partnered with Panasonic to produce solar panels in the United States at Tesla Gigafactory 2 in Buffalo, New York. In early January 2018, the company confirmed that Panasonic began manufacturing solar cells in the factory, for both Tesla solar roof and Panasonic solar panels.

Who makes the solar panels for Tesla?

Tesla and Panasonic formed a joint venture to produce solar cells there four years ago. As part of the deal, Panasonic has agreed to pay for some of the equipment at its Buffalo, New York facility. In 2017, they started the production of components for solar photovoltaics there.

Does Tesla make their own panels?

Tesla Solar Panels in Brief Tesla installs its own solar panels ranging in size from 395W to 430W. Tesla’s performance guarantee is slightly below industry standards, but their product warranty is better than what many brands of solar panels offer.

Where are Tesla Panasonic solar panels made?

In addition to manufacturing in the USA, Panasonic maintains cell production in Japan. The company announced that it will continue to sell its panels in the US market. 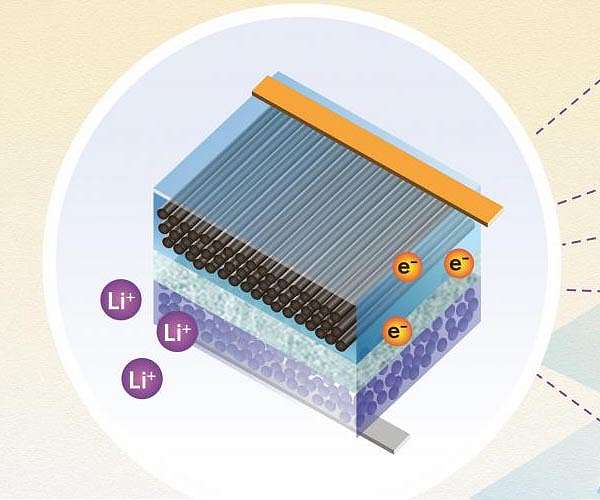 Are any solar panels made in Germany?

Proudly Made in Germany Since 2001, Captain Green Solar has been proud to introduce German-made aleo solar panels. aleo is recognized worldwide as one of the most trusted manufacturers of high performance solar panels.

Are German made solar panels the best?

If you are concerned about the low quality of Chinese panels, choosing a solar panel made in Germany reduces the risk. Germany is one of the top 10 manufacturing countries in the world. Therefore, German panels are high-quality, reliable, more expensive and worth it.