An employee performs quality control on a string of photovoltaic cells on the assembly floor at the Qcells solar panel manufacturing facility in Dalton, Ga. (Dustin Chambers)Comment on this story

DALTON, Ga. — The gamble by a company here churning out large volumes of solar panels was starting to look risky.

Its plan to be a launchpad for a solar manufacturing resurgence was already audacious in an industry so dominated by China, whose cheap products drove the closure of many American solar plants. Government investment championed by the White House was supposed to position domestic firms to compete, but a paralyzed Congress was refusing to write the check.

But the wager in Dalton by Qcells North America may have paid off with an ambitious climate package now on a path to President Biden’s desk. The bill, negotiated in part by Sen. Joe Manchin III (D-W.Va.), would deliver billions of dollars in tax and other incentives to U.S. solar manufacturers, equipping them with government support on a scale of those China used to corner the market.

“This is a historic climate bill, but it’s also one of — if not the — most significant industrial policy bills of this era,” said Harry Godfrey, who oversees domestic manufacturing policy for Advanced Energy Economy, a trade group that represents clean tech companies eager to ramp up U.S. production.

The boost to the industry comes at a time of solar power reckoning for America.

Bringing back domestic production is no longer a nostalgic aspiration. It is a national security issue. Solar panels produce some of the cheapest electricity, a significant asset at a time of skyrocketing energy prices and aggressive climate targets. China’s domination over the solar supply chain also poses an ever-growing threat to America’s energy independence and financial health.

“This is a globally competitive market the U.S. has fallen behind in,” said Scott Moskowitz, who heads marketing strategy at Qcells North America, a subsidiary of Korean industrial giant Hanwha. “This country never had policies that created the environment possible to compete. This legislation changes things a lot. It will make companies want to invest in new manufacturing in Georgia and around the country.”

Qcells established a manufacturing beach head in Dalton in 2018 at the urging of local officials. Its panels are assembled using wafers and cells from abroad, but the company aims to help reseed a domestic supply chain so that every component of a solar panel can be made in America.

“There is no shortage of demand,” said Moskowitz, standing on the floor of the sprawling Dalton factory. “It is just a question of whether factories like this can exist in this country and be profitable.”

The energy security risks created by the collapse of the U.S. solar manufacturing industry over the past decade have come into sharp focus amid power shortages gripping the globe, propelled by Russia’s control over key energy sources and supply chains. But the current state of play in solar production leaves America’s energy transition vulnerable to the whims of another rival superpower.

“Project developers here were willing to rely on China for panels and never thought through the long game and how overly dependent we would become,” said Mark Widmar, chief executive of First Solar, one of the only solar manufacturing giants still operating in the United States. “We are at a vulnerable inflection point. If we can’t figure this out now, I’m not sure we will be at a place where we can have a domestic industry.”

Widmar said on an earnings call Thursday that if the climate package passes, his company will look to expand more aggressively in the United States.

Oil refineries are making a windfall. Why do they keep closing?

China now controls more than 80 percent of solar panel production. That includes commanding 95 percent of the production of certain elements that are essential to making a panel, including polysilicon and wafers. Much of the polysilicon supply for the world’s solar panels is processed in China’s Xinjiang region, where companies are accused of using forced labor.

The International Energy Agency warns in a new report that the lack of diverse supply chains leaves the United States and other nations on a shaky energy foundation.

China’s strategy of investing more than $50 billion to dominate the solar supply chain is paying enormous dividends for that country. As American companies struggle to bring new plants online that can supply enough panels for a few of gigawatts of energy, a single facility now being built in China will churn out 20 gigawatts of solar capacity — accounting for 1 in 7 panels produced worldwide.

It’s a harsh reality for the United States, where the modern solar cell was invented and which not long ago was positioned to lead the industry. Seven factories have closed here since 2018 alone.

The challenges facing the industry are underscored by an ongoing fight between the companies that make panels and the U.S. developers that buy and install them. The meager U.S. production has strained alliances in the solar world. Domestic manufacturers want the Biden administration to enforce trade laws that would restrict the flow of Chinese panels into the United States. Developers and installers protested a Commerce Department investigation into potential tariff dodging, warning there are so few American-made panels that it would trigger shortages, soaring prices and the cancellation of big projects.

The investigation threatened to choke off the flow of solar panels into the United States, jeopardizing Biden’s clean energy goals. Last month, the White House moved to avoid a shortage by exempting American purchasers of potentially illegally imported panels from penalties for two years.

The move landed like a gut punch to manufacturers. They were unimpressed by the accompanying measures Biden unveiled at the time to boost American manufacturing plants, which included engaging the Defense Production Act.

But the outlook brightened dramatically for American manufacturers with the revival of the climate bill, emerging Thursday night after a turnabout by Manchin. The senator’s earlier opposition had appeared to doom the legislation.

Biden administration officials say the incentives give the American manufacturing industry motivation to ramp up production during the stretch in which tariff enforcement has been relaxed, showing that it can meet the intense demand for panels. At that point, under the White House road map, the federal government would resume aggressive enforcement of trade laws, further boosting the industry.

Big U.S. purchasers of solar panels say they remain ready to step up and buy American. One group of solar project developers has pledged to spend $6 billion on American made panels over the next four years. The group says it wants to send a market signal that if the industry scales up domestically, there are ready and willing buyers.

“We are trying to jump-start this domestic supply chain,” said Leo Moreno, president of AES Clean Energy. “It is a very large commitment from leading players.”

The plan hinges on the approval of the tax and other incentives in the climate package. “For this to be successful over the long term, suppliers need to scale up,” Moreno said. “If the subsidies end up not passing, they will not be able to.”

One company already scaling is First Solar, a firm that built its business plan around Biden’s climate agenda. It is building its third plant in Ohio and uses a different technology than others in the industry, making thin film modules that can be manufactured without the imported cells and wafers used in 95 percent of solar panel production.

Back in Dalton, the same community that sent anti-solar crusader Rep. Marjorie Taylor Greene (R) to Congress is rooting for the subsidies.

Dalton has long been known as the “flooring capital of the world,” a nod to the many textile manufacturing operations there that make carpet and other materials used in home building. Yet it is eager to diversify, looking to lure industries that are less vulnerable to the fluctuations of the housing market.

“We want them to be able to make solar panels here and be just as competitive as anywhere else,” said Carl Campbell, executive director of the regional development authority, which lobbied Qcells to locate in Dalton. “We’ve had a lot of people call and say, ‘Hey, how can I get involved? I want to help build something that is going to make a difference.’ … Regardless of where you fall politically, I think everybody can support good jobs with good benefits to do something that might help our world.” 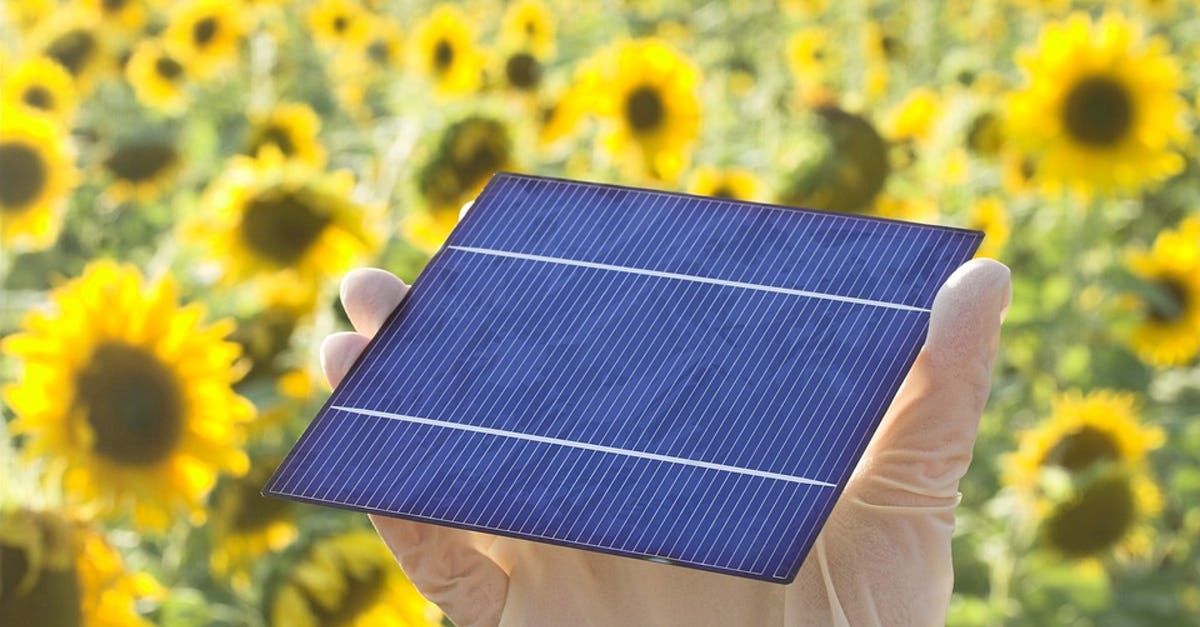 To see also :
Cheaper Solar Cells Could be on the Way
New solar cell devices that are cheaper and easier to make could…