Be it rising fuel prices or failures in electricity power grids, the consequences of global energy crisis are hard to ignore. The need for alternate fuel sources is greater than ever, but, despite the popularity of solar panels, a vast amount of solar energy goes untapped. Now, a multinational team of researchers explore existing research on covalent organic frameworks (COFs), a new class of light-absorbing compounds, as a potential solution for efficient solar-driven fuel production.

Photocatalysts absorb energy from light to make a chemical reaction happen. The best known photocatalyst is perhaps chlorophyll, the green pigment in plants that helps turn sunlight into carbohydrates. While carbohydrates may be falling out of favor, photocatalysis is garnering more attention than ever. In a photocatalytic process, light falls on a photocatalyst, increases the energy of its electrons and causes them to break their bonds and move freely through the catalyst.

These “excited” electrons then react with the raw materials of a chemical reaction to produce desired products. A top priority in the field of alternate energy research is using photocatalysts to convert solar energy to fuel, a process called “solar-to-fuel production.”

As Dr. Pardeep Singh explains, “Solar energy has been successfully tapped to make electricity, but we are not yet able to efficiently make liquid fuels from it. These solar fuels, like hydrogen, could be an abundant supply of sustainable, storable, and portable energy.”

The specialty of COFs lies in their ability to improve catalysis and add special substituent molecules called “functional groups” to their structure, providing a way around the limitations of existing photocatalysts. This is due to certain favorable properties of COFs such as chemical stability, controllable porosity, and strong electron delocalization, which make them extra stable.

Like the name suggests, COFs consist of organic molecules that are bonded together into a structure that can be tailored to suit various applications. Moreover, strong electron delocalization means that, unlike in semiconductor photocatalysts, the excited electrons recombine midway only infrequently, resulting in more excited electrons for the chemical reaction. Since these reactions occur at the surface of the photocatalyst, the increased surface area and modifiable porosity of COFs is a huge advantage.

COF-photocatalysts find application in the conversion of water to hydrogen, and the production of methane from carbon dioxide, thus promising the dual benefit of producing fuel and mitigating global warming. Furthermore, they can even help with nitrogen fixation, plastics production, and storage of gases.

A new kind of COF, covalent triazine frameworks (CTFs), are currently at the cutting-edge of hydrogen production research. CTFs have 20-50 times the ability to produce hydrogen, compared to graphitic photocatalysts, making them a very promising option for future fuel production.

However, before we put the solar-powered cart before the horse, it is important to note that COF-based photocatalysts are at an early stage of development and still do not produce fuel as efficiently as their semiconductor-based counterparts. Nevertheless, their outstanding properties and structural diversity make them promising candidates for future solar-to-fuel research and a viable solution for the ongoing energy crisis. “The most essential issue is to explore robust COFs-derived catalysts for the desired applications. It can be expected that COF-based photocatalysts will achieve a new milestone in the coming years,” concludes an optimistic Dr. Pankaj Raizada. 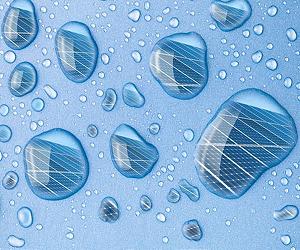 The 10M euro European Union’s Horizon 2020 funded research and innovation programme will last 4 years. Innovative technologies related to both CSP and desalination will be designed to improve the efficiency of existing concepts. Improvements will be made on the independent systems but also on their coupling, ta … read more