Nestled in the foothills of the Australian Alps is a small town with huge energy ambitions.

Yackandandah, a 25-minute drive south of the Murray in north-east Victoria on Jaithmathang country, has its sights set on being entirely powered by renewables by 2024.

Behind this lofty goal is a volunteer-run grassroots group called Totally Renewable Yackandandah, or TRY.

TRY’s been working on boosting Yackandandah’s renewable energy generation since its inception just eight years ago, when a group of locals banded together to reduce the town’s carbon emissions, increase the reliability of the network, and save residents and businesses some money.

At the time, they set themselves the target of having the town, affectionately called Yack, be totally renewable by 2022.

While they won’t hit that goal, an impressive 60 per cent of the town’s electricity supply today comes from renewable sources. And they’re not done yet.

Juliette Milbank, president of TRY, says Yackandandah’s renewables efforts have attracted “enormous interest from other towns all over Australia, and the occasional enquiry even from overseas”.

So how did Yack get to 60 per cent in under a decade, and what will it take to hit its 100 per cent renewable target?

It started with a servo

Yackandandah is a historic mining town established during the Victorian gold rush of the 1850s. Read also : Solar helps with battery life.

Modern additions peep above the old facades on the main street, with solar panels on just about every pitched roof in sight.

Wander the oak-tree-lined neighbourhoods and most houses are decked out with the gleaming blue panels too.

So far, 60 per cent of all buildings in Yack have solar on the roof, according to Matthew Charles-Jones, a founding member of TRY.

One of the biggest rooftop installations is at Yackandandah Health, which includes the local medical centre, residential aged care and primary health services.

Its 130-kilowatt rooftop solar and battery array, plus a few tweaks such as replacing old lights with LEDs and adding insulation, saved Yackandandah Health $35,000 in its first year, Matthew says.

“They paid [the installation] off in four years. And that $35,000 they budgeted in that first year was enough for them to keep the GP service afloat.”

The local fire brigade, kindergarten, swimming pool, wastewater treatment plant … you name it, they have solar and quite a few have batteries too.

Even the cemetery is planning an off-grid solar battery system and will replace its suite of petrol- and diesel-powered gardening gear with electric equipment.

Indeed, there’s solar on all public buildings in Yack, bar one: a courthouse that was built in 1856 and has heritage constraints that won’t allow solar panels installed on its roof.

The town is also known for the oak trees that line its streets.(ABC Science: Belinda Smith)

Such high solar uptake across Yack — double that of the nation — doesn’t just happen on its own.

It needs a bunch of people willing to put in time and effort, plus some cash to get off the ground.

And in TRY’s case, its seed money came from a petrol station.

“The irony of that has not been lost on us,” says Ian Fitzpatrick, an electrical engineer who lives a short drive out of town.

It wasn’t your standard servo, though. It was conceived in 2002, when the owner of the town’s previous sole petrol station, a man aptly named Jack Holden, decided to hang up his fuel nozzle for good.

“The town got wind of that prior to Jack closing the business and decided we ought to do something,” Ian says.

The fear was if folk travelled to a neighbouring town to fill up the car, they might pick up groceries and run errands while they were there, which would affect Yack businesses.

This triggered a bunch of locals to band together and ask: what would it take to keep the business going?

They figured if they could get the community on board and raise enough cash, they could build a more modern servo on a bigger site.

So they did. They called it the Yackandandah Community Development Company, or YCDCo.

And because it’s community-owned, half the profits go to shareholders, while the other half’s earmarked to fund community projects.

Over the past couple of decades, the petrol station has provided grants to all sorts of community organisations, from local sports clubs to an animal refuge centre.

“One of those was a group of people that came forward and said, well, we want to make Yackandandah totally renewable,” current YCDCo chairman Ian says.

Read also :
These are the climate change innovations we still need
The world now has many of the tools needed to keep climate…

To reach its target, TRY has helped householders and businesses navigate solar, battery and heat pump hot water rebate schemes, and organised bulk buys of panels from suppliers in the region to keep costs down and maintenance local. See the article : Elevated shipping costs to remain challenge for solar sector – pv magazine Australia.

People who install such systems still have to pay for them, but TRY also applies for government grants and partners with other organisations for the town to be a testing bed of sorts.

A solar and battery microgrid set-up. The white box in the centre is the smart controller.(ABC Science: Belinda Smith)

At the moment, Yackandandah is home to three community “microgrids”: clusters of houses with solar, batteries and special devices that determine if a property uses solar power directly from its panels, stores it in batteries, sends it into the grid, or uses electricity generated by a neighbour.

The trials were made possible by partnering with Mondo, a subsidiary of AusNet Service, which, in turn, owns and operates the state’s electricity transmission network.

Donna Jones and her family have been part of a microgrid trial since 2017. They live in a newer part of town in a straw bale house that backs onto a creek.

“In looking for a place to trial their ideas, Mondo could have picked any town in eastern Victoria,” Donna says.

“But they chose Yackandandah because TRY was in existence and we already had a very engaged community. There had also been a few bulk buys of solar panels, so there was already a lot of rooftop solar in town.”

Yack is also home to Project EDGE, a trial where residents and businesses can buy and sell locally generated electricity in real time.(ABC Science: Belinda Smith)

Microgrid trials are located in areas in and around town with main electricity supply limitations.

For instance, many regional properties in Victoria are supplied electricity by single-wire power lines.

These lines are cheap to build but are not designed to carry the larger loads demanded of them as houses become more electrified. Microgrids can ease that load.

And TRY’s vision, Matthew says, is to join those microgrids into a whole-of-town grid.

This is also important from a resilience perspective. Yackandandah’s idyllic setting means the threat of fires cutting off power looms every summer.

“But in the instance where there is a power supply outage, for whatever reason, we anticipate that the microgrid will still provide power at the local network level,” Matthew says. 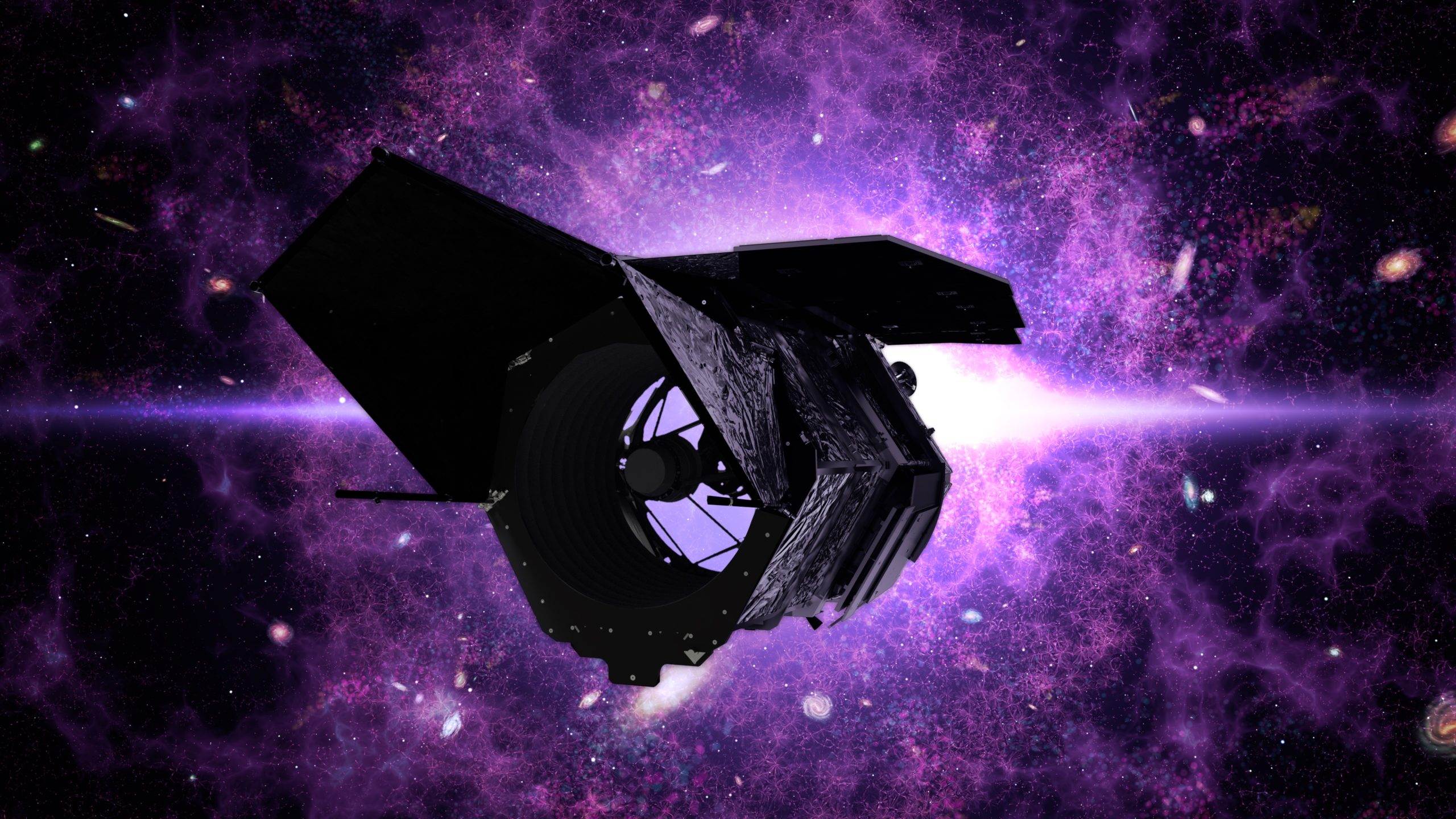 To see also :
Spectrolab’s solar cells to power NASA’s Roman Space Telescope
The Boeing company – which is based in Sylmar, California – will…

Still, these systems cost thousands of dollars, even with bulk buys, grants and government schemes.

Not everyone can afford that outlay, and renters might not be able to persuade property owners to do so, even with rebates.

To make renewable energy accessible to all those interested, in May 2021, with the help of government grants, TRY and community-owned power supplier Indigo Power unveiled a big battery.

It’s topped up by an array of solar panels on a neighbouring workshop and can hold enough juice to supply around 40 houses each evening.

Batteries are a crucial part of TRY’s totally renewable goal, says postmaster Chris Horton, who incidentally, has saved thousands in power bills since panels went up on the post office roof two years ago.

“We’re looking at having probably three substantial and large [community battery] units, which are adaptable and can store larger loads and transfer them more systemically,” Chris says.

“In addition to that, we’re encouraging individuals, when they’re doing a build or a makeover of a home, to look at household batteries, or at neighbourhood batteries.” 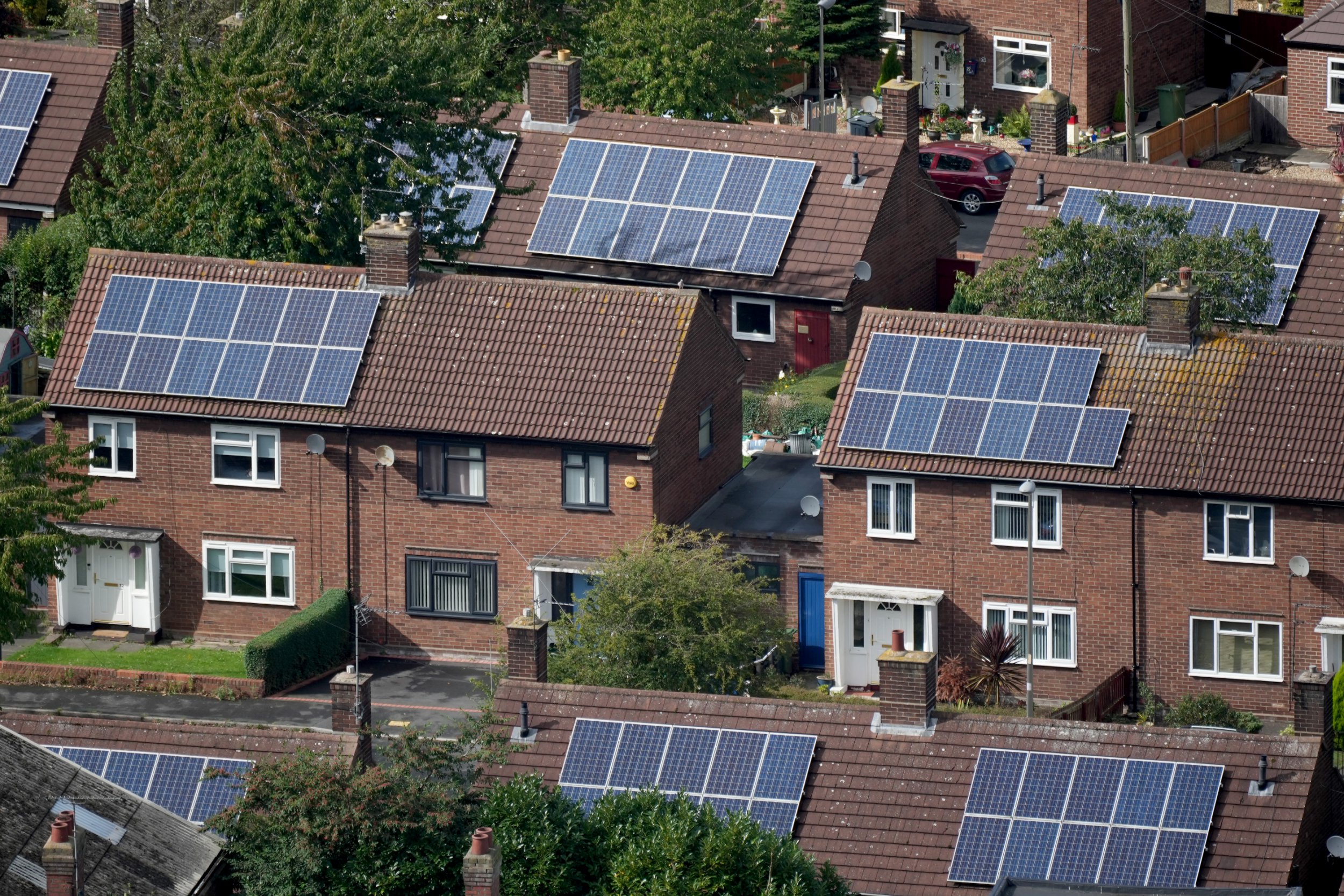 To see also :
Why you may be struggling to secure electric cars, solar panels and heat pumps during your green home makeover
There’s never been a better time to go green. Switching to an…

Apart from more — and bigger — batteries, how will TRY achieve its target by 2024?

The thing is, the energy goalposts have shifted since the group’s inception.

“Although we’ve set a goal of being 100 per cent renewable, that target is increasing, because there are more people in the area, and people are tending to reduce wood and gas consumption for heating and shifting to electricity,” Matthew Charles-Jones says.

“So we have to keep producing more electricity, hopefully mindfully.”

TRY last year commissioned a report to find out how the town can transition fully to clean energy.

The town is surrounded by hills, so the report looked at the feasibility of pumped hydro storage, which uses elevated reservoirs as batteries of sorts.

But that would be expensive and take too long to build.

The quickest and most feasible way to 100 per cent is to keep with solar and battery installations.

At current installation rates, the 100 per cent target will be achieved by 2027 — but TRY wants to get there quicker.

“We have a plan in the next two years to install 400 additional residential solar and battery systems,” Matthew explains.

“Some of those will be businesses as well, but that’s the pathway we’ve got to get to 100 per cent.”

Michelle Croker, who surveyed the community about the town’s plans, said TRY and the town are often held up as models for renewable energy targets.

“Actually, it’s the same as any other project that succeeds — there’s a core group of people who feel driven to achieve a dream. That’s exactly what’s happened here.

“I don’t think Yackandandah’s a particularly special community. But I think the more that you have successes — we have a great folk festival and a community choir with more than 100 people — that builds a story in a community about cooperation and collaboration.

“That makes it a lot easier for the next project.”

Matthew’s confident the town will be totally renewable by 2024, but slapping more solar on roofs is just part of the equation.

“We need to be really thoughtful about appliance types, and the way our house or business performs thermally.

“It’s a long journey; a long game. And we’re ready for that long game in Yackandandah.”

Hear more about climate change solutions in the podcast WHO’S GONNA SAVE US? a collaboration between triple j Hack and the Science team at RN.

Want more science from across the ABC?

Science in your inbox

Get all the latest science stories from across the ABC.