Researchers have developed a simple lab-based technique that allows them to look inside lithium-ion batteries and follow lithium ions moving in real time as the batteries charge and discharge, something which has not been possible until now.

The researchers, from the University of Cambridge, say their technique will not only help improve existing battery materials, but could accelerate the development of next-generation batteries, one of the biggest technological hurdles to be overcome in the transition to a fossil fuel-free world. The results are reported in the journal Nature.

While lithium-ion batteries have undeniable advantages, such as relatively high energy densities and long lifetimes in comparison with other batteries and means of energy storage, they can also overheat or even explode, and are relatively expensive to produce. Additionally, their energy density is nowhere near that of petrol. So far, this makes them unsuitable for widespread use in two major clean technologies: electric cars and grid-scale storage for solar power.

“A better battery is one that can store a lot more energy or one that can charge much faster – ideally both,” said co-author Dr Christoph Schnedermann, from Cambridge’s Cavendish Laboratory. “But to make better batteries out of new materials, and to improve the batteries we’re already using, we need to understand what’s going on inside them.”

To improve lithium-ion batteries and help them charge faster, researchers need to follow and understand the processes occurring in functioning materials under realistic conditions in real time. Currently, this requires sophisticated synchrotron X-ray or electron microscopy techniques, which are time-consuming and expensive.

“To really study what’s happening inside a battery, you essentially have to get the microscope to do two things at once: it needs to observe batteries charging and discharging over a period of several hours, but at the same time it needs to capture very fast processes happening inside the battery,” said first author Alice Merryweather, a PhD student at Cambridge’s Cavendish Laboratory.

The Cambridge team developed an optical microscopy technique called interferometric scattering microscopy to observe these processes at work. Using this technique, they were able to observe individual particles of lithium cobalt oxide (often referred to as LCO) charging and discharging by measuring the amount of scattered light.

They were able to see the LCO going through a series of phase transitions in the charge-discharge cycle. The phase boundaries within the LCO particles move and change as lithium ions go in and out. The researchers found that the mechanism of the moving boundary is different depending on whether the battery is charging or discharging.

“We found that there are different speed limits for lithium-ion batteries, depending on whether it’s charging or discharging,” said Dr Akshay Rao from the Cavendish Laboratory, who led the research. “When charging, the speed depends on how fast the lithium ions can pass through the particles of active material. When discharging, the speed depends on how fast the ions are inserted at the edges. If we can control these two mechanisms, it would enable lithium-ion batteries to charge much faster.”

“Given that lithium-ion batteries have been in use for decades, you’d think we know everything there is to know about them, but that’s not the case,” said Schnedermann. “This technique lets us see just how fast it might be able to go through a charge-discharge cycle. What we’re really looking forward to is using the technique to study next-generation battery materials – we can use what we learned about LCO to develop new materials.”

“The technique is a quite general way of looking at ion dynamics in solid state materials, so you can use it on almost any type of battery material,” said Professor Clare Grey, from Cambridge’s Yusuf Hamied Department of Chemistry, who co-led the research.

The high throughput nature of the methodology allows many particles to be sampled across the entire electrode and, moving forward, will enable further exploration of what happens when batteries fail and how to prevent it.

“This lab-based technique we’ve developed offers a huge change in technology speed so that we can keep up with the fast-moving inner workings of a battery,” said Schnedermann. “The fact that we can actually see these phase boundaries changing in real time was really surprising. This technique could be an important piece of the puzzle in the development of next-generation batteries.” 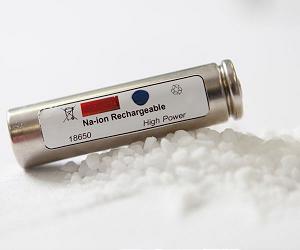 Proliferation of electric vehicles based on high-performance, low-cost sodium-ion battery


Various automobile companies are preparing to shift from internal combustion (IC) engine vehicles to electric vehicles (EVs). However, due to higher cost, EVs are not as easily accessible to consumers; hence, several governments are subsidizing EVs to promote sales. For EV costs to compete with those of IC engine vehicles, their batteries, which account for about 30% of their cost, must be more economical than that of IC-based vehicles.