A Marine air base successfully tested its independent electric microgrid after external power supplies were deliberately cut off, it said on Wednesday.

Marine Corps Air Station Miramar conducted two tests of its Energy Resilience Readiness Exercise this week, a program undertaken by the Pentagon to ensure electricity to military installations in the event of an interruption.

Miramar’s microgrid power plant, completed in March, is a $20-million electrical backup system, which provides the installation with up to 21 days of energy resilience.

The result is “a microgrid capable of powering every mission critical facility for an indefinite period of time, making MCAS Miramar one of the most energy secure facilities in the Department of Defense,” a Miramar statement said.

The base has used methane, from a landfill, to create renewable electricity since 2012. It partnered with the U.S. Department of Energy to create a microgrid concept using a variety of energy sources.

“Our microgrid delivers capabilities that will make MCAS Miramar one of the most energy-forward defense installations in the nation,” Col. Charles B. Dockery, commanding officer of the base said last year after the first tests of the system.

Miramar’s microgrid was designed to manage power loads and redirect electrical power to the sections of the base which most need it, notably the flight line operations of the 3rd Marine Aircraft Wing. 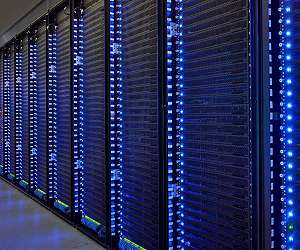 
Supercomputers could find themselves out of a job thanks to a suite of new machine learning models that produce rapid, accurate results using a normal laptop.

Researchers at the ARC Centre of Excellence in Exciton Science, based at RMIT University, have written a program that predicts the band gap of materials, including for solar energy applications, via freely available and easy-to-use software. Band gap is a crucial indication of how efficient a material will be when designing new solar cells. … read more