A multifunctional molecule that plugs various atomic-scale defects in perovskite solar materials can significantly boost the longevity and electrical output of this promising solar technology, KAUST researchers have shown.

Perovskites are an alternative solar-cell material to silicon. They typically comprise a combination of negatively charged iodine or bromine ions and positively charged lead and organic ions. Adjusting the ion combination can generate wide bandgap perovskites that capture the solar wavelengths that silicon does not efficiently absorb. This suggests the two materials could be combined in tandem cells to capture even more energy from the Sun.

However, perovskites inevitably feature defects, such as where a particular ion did not slot into place during fabrication, leaving a gap in the structure. These reactive sites can contribute to rapid performance decline – unless they can be plugged. “Defect passivation is very important for improving the long-term stability of perovskite solar cells,” says Furkan Isikgor, a researcher in Stefaan De Wolf’s group.

Defect sites in perovskites can be positively or negatively charged depending on which ion is missing, but chemical additives for defect passivation can typically plug one type of defect or the other. But a molecule called phenformin hydrochloride (PhenHCl) overcomes this problem, Isikgor, De Wolf and their colleagues have shown.

“Our simple holistic defect-passivation strategy has drastically improved the semiconductor quality of solution-processed perovskites,” says De Wolf. “Passivating the different types of defects that may be present in perovskites with a single molecule is highly attractive for industry,” he adds.

The next step will be to integrate PhenHCl passivation with scaled-up perovskite production. “Simultaneously, we are working on further improvements in device performance and stability through extensive outdoor testing,” De Wolf adds. 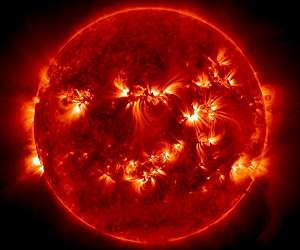