When record rainfall caused flooding in south-east Queensland last February, Steve McLean’s solar installers stayed off their roofs, blowing a $60,000 hole in his company’s budget and setting back what could to have been another record year for his business.

“If we didn’t do a system for five weeks, you can imagine nobody else did. … We were absolutely gutted in February and March,” said McLean, the owner of Gold Coast Solar Systems. “If you take that number off the market, well, it was disastrous.”

But after that first setback, the industry regained its balance, with December the third busiest month on record with 306 MW installed, Green Energy Markets project manager Emily Perin said.

Electricity price spikes from the middle of last year, and the prospect of more to come, also boosted PV demand. “Things really started to pick up the rest of the year,” Perin said. “But obviously, it didn’t make up for the first half.”

He said the industry “will likely see a modest increase in 2022” provided Covid-related supply issues do not return. However, higher interest rates will squeeze discretionary spending by households and businesses, Perin predicted.

Rising global demand for photovoltaics, particularly as nations scramble to find alternatives to Russian energy after the invasion of Ukraine, could also boost solar panel prices in the short term, he said.

On the Gold Coast, McLean typically installs systems of 10 to 13 kW capacity. “I try to oversize at least 30% to future-proof [customers] against the rising cost of energy,” he said. “We know that it will continue to increase regardless of the policies around governments and networks.”

Last month, the federal government imposed year-long caps on gas and black coal prices in an attempt to limit rising energy prices driven mainly by the fallout from Russia’s war on Ukraine. Even so, energy costs are expected to rise 23% this year.

An average customer with a quarterly electric bill of $600 to $800 who installs a large PV system may be well positioned to add a battery later and “be almost completely self-sufficient,” McLean said. Although including an electric vehicle in the household adds “quite a considerable amount to energy consumption,” possibly doubling it.

Household battery consumption continues to rise, allowing the sector to grow even though the number of new systems fell by around a fifth in 2021.

The increase in uptake came despite battery prices rising in 2022 in part due to demand for lithium to power expanding fleets of electric vehicles entering global markets.

The average price of a watt-hour was about 65 cents in early 2020 and started 2023 at about 93 cents, SunWiz said. The price increase in some cases was the first in more than a decade for a technology that, like photovoltaics, has tended to get cheaper over time.

Payback periods for PV systems alone are five to six years on average, while adding storage typically doubles that. But for sun-blessed South Australia, the payback period is less than seven years for the combined systems.

Buyers are not always motivated by price alone. Mr Johnston said the strain on electricity supplies, with the main grid nearing a breaking point last June, was causing some households to look for “electricity insurance, called a battery”.

Similarly, the widening gap between what households pay for the energy they receive from the grid versus what they receive for exporting surplus electricity increases the appeal of storage.

Given the expected expansion of lithium supplies, the cost of batteries will likely decline. “When they come down significantly, there will be a lot of interest,” Johnston said.

Meanwhile, solar and battery installer McLean is “under pressure” to handle a growing number of enquiries, including battery enquiries. “And I think that will continue.”

Targeting 20% ​​of the population, for example, would have “a massive impact on the need for the grid to supply fossil fuels,” he said. “This is the real game.”

A: Solar panels can be a valuable investment for a homeowner, with benefits that extend beyond resale value. But not all homes reap these benefits, and you’ll need to do your research to find out if the considerable upfront costs are worth it. Once you figure that out, you can start thinking about resale value.

How long until solar panels are worth it?

Average Payback Period for Solar Panels for US Homes in 2022 Most US homeowners can expect their solar panels to pay for themselves between 9 and 12 years, depending on the state they live in. To see also : Design tweak helps prevent malfunction in yarns designed to store energy.

Can solar panels last 20 years? When doing your research for this sustainable energy source, it’s important to consider how long solar panels typically last. The industry standard for the lifespan of most solar panels is 25 to 30 years. Most reputable manufacturers offer production warranties of 25 years or more.

Solar panels will reach 30 efficiency? Thanks to the cooperation of researchers from several institutes in the Netherlands, the 30% efficiency barrier of solar panels has been overcome. This achievement will help increase the use of solar energy worldwide and reduce our dependence on fossil fuels, says the organization’s press release.

Will solar panels be more efficient in the future?

Photovoltaics (PV) and concentrating solar power are likely to continue to grow rapidly… the National Renewable Energy Laboratory (NREL) projects that solar power could provide 45% of the electricity in the United States l ‘by 2050 if the energy system is completely decarbonised. See the article : San diego county roofing and solar… and technological costs are expected to continue…

Will solar panels ever reach 50 efficiency?

Is a 90% efficient solar panel possible? A team of scientists at the University of California, San Diego, has developed a new solar energy material for concentrating solar power (CSP). The new material is sprayed on and can absorb and convert more than 90 percent of the sunlight it catches into heat.

What is the maximum possible efficiency of a solar panel? The calculated maximum theoretical efficiency is 86.8% for a stack of an infinite number of cells, using the concentrated incoming solar radiation. When the incoming radiation comes only from a sun-sized area of ​​the sky, the efficiency limit drops to 68.7%. 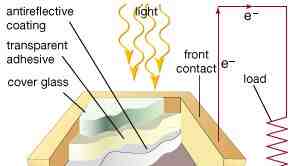 Read also :
What is meant by solar energy ?
The five main sources of solar energy are solar power, solar water…

How much did solar panels cost 10 years ago?

How much did the first solar panel cost? In 1956, the first commercially available solar cell is produced at a price of $300 for a 1 watt solar cell. The price per watt was ineffective for mass production, although this led to the first solar cells being used in toys and radios.

What if solar panels were 100 efficient? In other words, a panel with 100% efficiency would be one that is able to transform all the light that reaches the panel into electrical energy. Scientists define solar efficiency as the ratio of how much power the solar panel generates to the amount of energy it gets from the Sun. 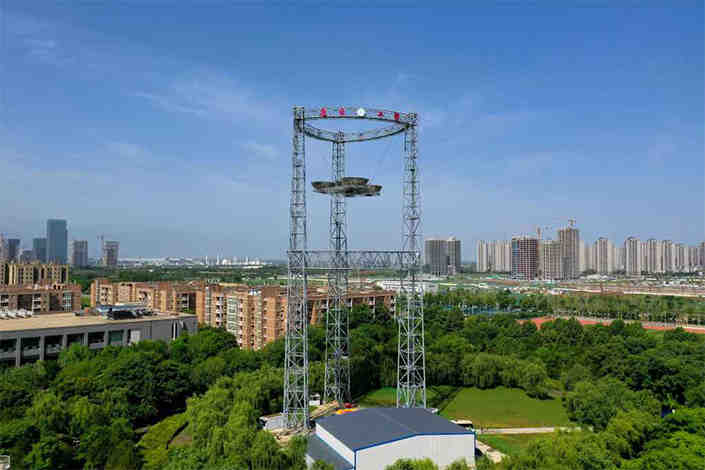 Will solar panels be cheaper next year?

That said, the cost of solar power will continue to trend downward, just at a slower rate; Bloomberg has predicted that the cost of solar energy will decrease by approximately 34% by 2030, which is still quite a decrease!

What are the 3 negatives of solar energy? Solar cons

Is owning solar worth it?

Homeowners who install solar energy systems can receive numerous benefits: lower electric bills, lower carbon footprints, and potentially higher home values. But these benefits often come with significant installation and maintenance costs, and the magnitude of the gains can vary greatly from home to home.

Is solar energy a good long-term investment? Solar panels offer an excellent long-term benefit of saving on the cost of utilities. Monthly electricity costs can be reduced by up to 20%.

On the other hand, the key disadvantages of solar power are that it doesn’t work for all roofs, it’s not ideal if you’re about to move, the initial cost can be expensive, the savings can be low if the your electricity bills are low. , and finding a local installer can be difficult.

Is solar system a good investment?

Solar panels are a good investment for many American households, especially those with lots of sun and high utility rates. Going solar can lead to hundreds of thousands in energy savings over the 25-year life of a system and can increase the value of your home.

Are you really saving money by going solar? Solar panels cost money upfront, but will provide significant savings on energy bills over time. The average home can save between $20,000 and $75,000 over the life of your solar panel system, depending on the cost of electricity in your area.

Is there a future in solar panels?

What will replace solar panels? Caption: Perovskites are widely regarded as the likely platform for next-generation solar cells, replacing silicon due to their easier manufacturing process, lower cost and greater flexibility.

What is the future of the solar industry?

Is 2022 the last chance to go solar? You will still be able to ‘do solar’ with or without this credit for IRPF. (UPDATE: The Federal Solar Income Tax Credit has been extended through 2034 and increased to 30% from 2022 to 2032. Read more here.)

Does solar energy have a future? Photovoltaics (PV) and concentrating solar power are likely to continue to grow rapidly… the National Renewable Energy Laboratory (NREL) projects that solar power could provide 45% of the electricity in the United States l ‘by 2050 if the energy system is completely decarbonised… and technological costs are expected to continue…

While inflation and supply chain challenges have driven up the price of solar recently, the reality is that 2022 is one of the best years in recent memory for homeowners to consider investing in solar.

Solar panels have been proven time and time again to pay for themselves, typically in less than ten years, reducing energy costs and lessening the impact on the planet. With this in mind, many homeowners find themselves asking the question: are solar panels still worth it in 2022? In short, the answer is yes.

Solar panels offer an excellent long-term benefit of saving on the cost of utilities. Monthly electricity costs can be reduced by up to 20%.

Is solar energy sustainable in the long term? Solar energy is naturally more sustainable than fossil fuel energy sources and is more environmentally sustainable. It converts the sun’s energy into electrical energy and makes use of the largest and most sustainable resource on the planet, sunlight.

Is solar still a good investment?

Solar panels are a good investment for many American households, especially those with lots of sun and high utility rates. Going solar can lead to hundreds of thousands in energy savings over the 25-year life of a system and can increase the value of your home.

Will solar panels be cheaper in 2023? Photovoltaic technology: Solar module prices for international markets are expected to fall in tandem with projected polysilicon price reductions starting in 2023, according to research by Clean Energy Associates (CEA).