Blockade by Israel since 2007, the Gaza Strip only has electricity for 12 hours a day on average – less when the conflict escalates.

So, in recent years, people throughout the Palestinian enclave have turned to solar energy to power their businesses and homes.

“Electricity is the backbone of the project. We rely on it to supply oxygen to the fish, in addition to drawing and pumping water from the sea. Without electricity, our project is dead,” he told the AFP news agency.

Not only is solar energy more sustainable than traditional energy sources, but it is also cheaper.

The Gaza Strip is powered by a single power plant that has been damaged by years of conflict.

For most of its 2.3 million residents, who live under Hamas Islamist rule and a 15-year-old Israeli blockade, power cuts are a daily fact of life,

To deal with blackouts, many diesel generators turn on. But more and more people are now turning to renewable energy to keep the lights on.

This year he invested in around 100 solar panels installed on the roof of the bakery and took out a four-year loan to finance his project.

The next step for him is to import electric ovens from Israel to power them with solar energy.

Are solar panels a good investment?

For example, the World Bank launched the Gaza Solar Revolving Fund in 2018. The United Nations also has an ongoing project to provide electricity to four hospitals in the Gaza Strip thanks to photovoltaic panels.

According to the magazine Energy, Sustainability and Society, 20 percent of households in Gaza now rely on solar energy.

“In the last two years, contractors have turned to solar energy because it saves (money) and is a profitable investment,” said Shehab Hussein, an engineer at local solar kit company MegaPower.

According to him, solar panels can be installed for a starting price of around €1,000.

Most of the solar tiles used in Gaza come from China. With a minimum of maintenance, they can be used for several years, but their batteries must be changed every two or three years.

Raya al-Dadah, head of the Sustainable Energy Technology Laboratory at the University of Birmingham in the UK, says the solar panels her family uses in Gaza are over 15 years old, so they are not new, but, she says , “the water in the shower is still very hot”.

The installation of standard panels for heating water is relatively easy, although the existing installations are also at risk of being destroyed by the conflict.

Dadah also had difficulty importing more sophisticated technology, largely due to restrictions imposed by Egypt and Israel, which control entry points to Gaza.

Among the new features are rotating panels that follow the path of the sun to optimize energy supply. More expensive, state-of-the-art technology was developed by the Israeli company SolarGik, thanks to a device that monitors weather conditions.

“This system allows us to produce 15 to 20 percent more electricity than standard panels,” Gil Kroyzer, CEO of the group, told AFP, stressing that one day these panels will be able to “predict the weather” thanks to artificial intelligence.

“The revolution is underway (…) but we need better ways to store solar energy before we can replace fossil fuels”.

In the meantime, Raya al-Dadah believes that conventional panels offer a “really promising source of energy that is available everywhere”. 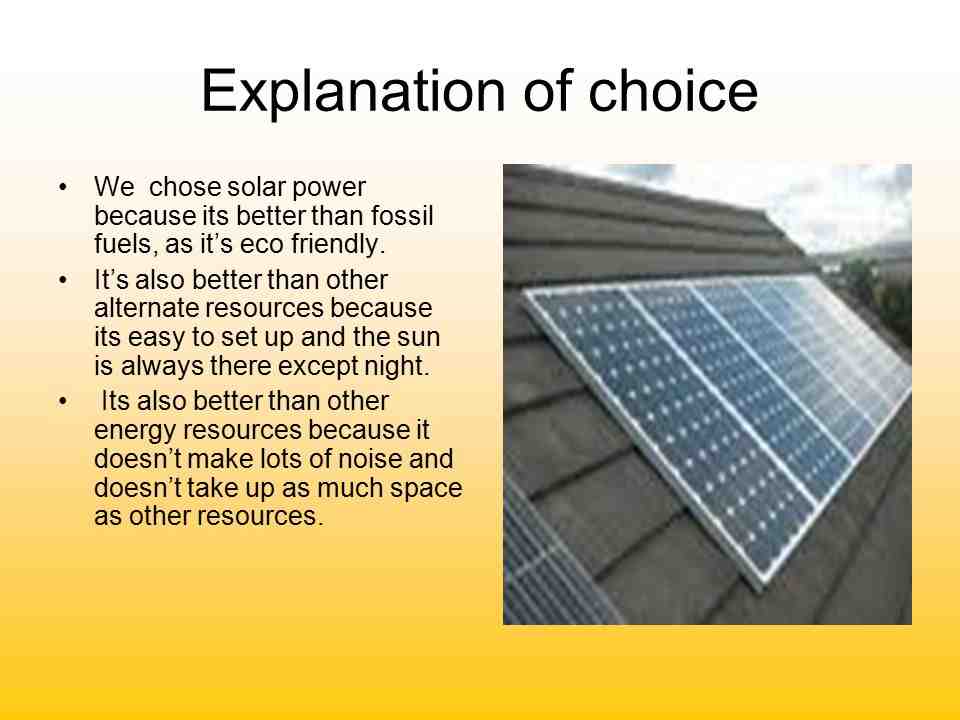 See the article :
Why solar energy is good ?
What are the environmental advantages of solar energy? 5 Benefits of Solar…

Which country has best electricity?

Which country has the highest generation of electricity? 1. This may interest you : Why is solar energy not used extensively in the philippines ?. China – 7,503 TWh. China is by far the world’s largest producer of electricity, generating a significant portion of its 7,503 TWh of electricity in 2019 through coal and hydroelectricity.

Which country in Africa has best electricity?

Algeria: 99.8% access With a 99.8% national electricity access rate â 99.6% in rural areas and 99.9% in urban areas â Algeria ranks among some of the top electrified countries in Africa.

Which country in Africa produces electricity?

Which African country has the least access to electricity?

Which African countries have stable electricity?

What 3 countries consume the most electricity?

Profiles the top five countries in the world in electricity…

Which countries uses the most electricity?

China is the world’s largest consumer of electricity, using over 5.934 trillion kWh of energy each year. China accounts for almost one quarter of global energy consumption. The country is known for running mainly on coal, but has also switched to natural gas and renewable energy sources in recent years.

Which country consumes most electricity per person?

Iceland is by far the largest per capita consumer of electricity in the world, averaging 52.98 megawatt-hours per person in 2021. This results from a combination of factors, such as cheap electricity production, increased heating demand, and the presence of energy-intensive industries in the country . 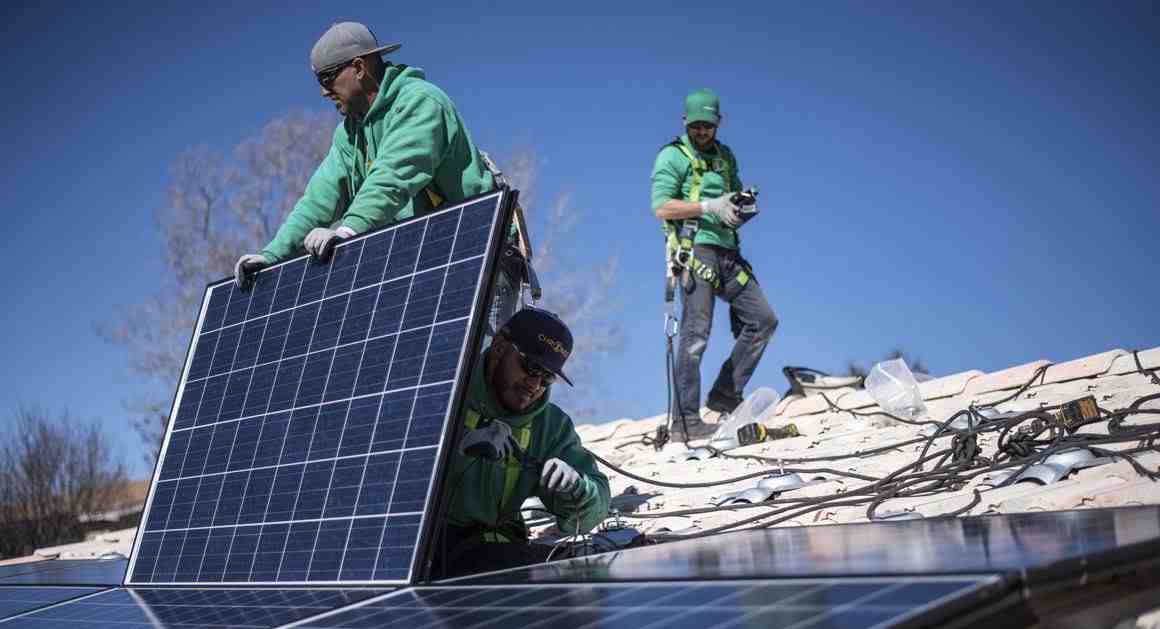 Intermittent. One of the biggest problems facing solar energy technology is that energy is only generated when the sun is shining. This means that the supply can be interrupted at night and on cloudy days.

Do solar panels make it harder to sell house?

Is it harder to sell home with solar panels?

A number of studies have demonstrated the positive impact that solar panels have on home resale value. According to a recent Zillow report, homes with solar panels sell for an average of 4.1% more than comparable homes without solar in the United States.

Installing solar panels in a home not only helps reduce current monthly utility bills; it can potentially increase home value by up to 4.1% more than comparable homes without solar panels, according to recent solar research conducted by Zillow â€“ or an additional $9,274 for the median U.S. home value

What happens to solar panels when you sell a house?

Most mortgage lenders require the solar panels to be paid for and transferred to the new owner at closing. This is to prevent the property from being devalued if the panels are repossessed by a third-party lender.

Installing solar panels in a home not only helps reduce current monthly utility bills; it can potentially increase home value by up to 4.1% more than comparable homes without solar panels, according to recent solar research conducted by Zillow â€“ or an additional $9,274 for the median U.S. home value

How much do solar panels increase home value 2022?

Home Resale Value Increase According to a research study conducted by Zillow, solar panel installation will increase your home value by an average of 4.1%. In California, where the average property sells for about $758,360, that’s an expected increase in value of about $31,093!

A survey conducted by Zillow reports that homes that have solar panels tend to have a 4.1% higher appraised value compared to properties without solar panels. This is of course an average value and will vary depending on certain factors.

According to Zillow, homes with solar panels sell for about 4 percent more on average than homes without solar. That means a plus of about $9,200.

What country is 100 renewable?

Iceland is a country that runs on 100% renewable energy. It receives 75% of its electricity from hydropower, and 25% from geothermal energy.

Which country is the most renewable? It may seem counter-intuitive, but China is the world leader in wind and solar energy production. Aiming to generate a third of their energy from renewable sources by 2025, they are also one of the largest investors in renewable energy worldwide.

What will be the main source of energy in 2050?

Fossil fuels will dominate energy use until 2050. Gas will continue to grow rapidly, but global demand for coal is likely to peak around 2025.

Which country is almost 100% run on renewable energy?

Iceland â Built as it is on a volcano, Iceland harnesses the earth’s natural heat to provide heat to 85% of the country’s homes. Between geothermal and hydropower, the power supply is 100% renewable energy.

Is a 100 renewable European power system possible by 2050?

Furthermore, a 100% renewable system cannot deliver the level of emission reductions needed to meet Europe’s climate targets by 2050, as negative emissions from biomass with carbon capture and storage are still needed to offset an increase in indirect emissions or more to realize ambitious decarbonisation…

Which country of the world produce 100% electricity through renewable resources?

Iceland. Iceland is the only developed nation today with approximately 100% of its energy production and 82-87% of its primary energy from renewable energy sources (see Fig.

Which country is the largest producer of renewable energy 2021?

Norway is the country with the highest share of renewable energy in the world, according to new data.