In order to enable large-scale hydrogen production using solar energy, particulate photocatalysts are being researched as a simple and cost-effective solution to splitting water into hydrogen and oxygen. It is necessary to develop a photocatalyst that can efficiently use visible light, which accounts for a large part of solar energy, in the water decomposition reaction.

Barium tantalum oxynitride (BaTaO2N) is an oxynitride semiconductor material that absorbs visible light up to 650 nm and has a band structure capable of decomposing water into hydrogen and oxygen. Until very recently, it had not been possible to load BaTaO2N granules with co-catalyst fine particles, which are reaction active sites, with good adhesion and high dispersion.

In this study led by the Research Initiative for Supra-Materials of Shinshu University, the co-catalyst fine particles were found to be highly dispersed on the surface of the single crystal fine particles of BaTaO2N synthesized by the flux method when the impregnation-reduction method and the photodeposition method were sequentially applied.

Transient absorption spectroscopy reveals that the Pt-assisted catalyst microparticles supported by the new method are less likely to induce recombination of electrons and holes because they efficiently extract electrons from the BaTaO2N photocatalyst .

By supporting a small amount of Pt co-catalyst by the impregnation-reduction method in advance, the reduction reaction on the photocatalyst is promoted without agglutination of Pt fine particles.
As a result, Pt cocatalyst fine particles are evenly supported by photodeposition on BaTaO2N particles. As a result, it is considered that the extraction of electricity by Pt co-catalyst fine granules proceeded efficiently.

It was also confirmed that the use of BaTaO2N, which is synthesized using an appropriate flux and has a low density of defects, is also important for supporting a highly dispersed Pt co-catalyst.

This study dramatically improved the activity of the BaTaO2N photocatalyst and clarified its mechanism. The results of this research are expected to lead to the development of long-wavelength-responsive photocatalysts that drive the water decomposition reaction with high efficiency. 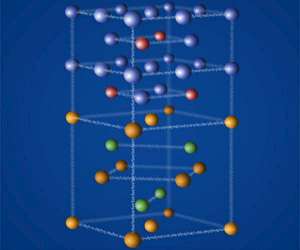 
Transition metal perovskites oxides exhibit several desirable properties, including high-temperature superconductivity and electrocatalysis. Now, scientists at Tokyo Institute of Technology explore the structure and properties of a perovskite oxide, PbFeO3, in anticipation of the unusual charge distribution and exotic magnetic transitions displayed by such systems. They report two of the magnetic transitions, with a distinctive transition above room temperature and look into its causes, opening doors to … read more