Renewable electricity just fell short of 100% of California’s demand Saturday for the first time, officials said, largely from large amounts of solar energy produced along Interstate 10, an hour east of the Coachella Valley.

As revelers feasted in the blazing sun at the Stagecoach music festival, “at 2:50 pm (p.m.), we reached 99.87% of the load served by all renewables, breaking the previous record,” said Anna Gonzales, spokeswoman for California Independent System Operator, a nonprofit organization that oversees the state’s bulk power system and transmission lines. Solar energy provided two-thirds of the required amount.

Environmentalists who have spent years pushing for all of California’s energy to come from renewables cheered when they saw the tracker go to 100% and beyond.

“Once it was 100%, we were really excited,” said Laura Deehan, executive director of Environment California. She said the organization and others have worked 20 years to get the Golden State to complete renewable energy through a series of increasingly stringent mandates. “California solar power plants play a very big role.”

But Gonzales said CAISO double-checked the data Monday and had to adjust it slightly due to reserves and other resource needs.

California pushed for 1 million sunroofs statewide, which has been achieved, adding what some say is a more environmentally friendly form of solar energy than the solar farms, which eat up large swaths of the Mojave Desert and fragile landscapes.

More climate news? Sign up for Climate Point in your inbox once a week

What is everyone talking about? Sign up for our trending newsletter to receive the latest news of the day

‘Need to act with that same audacity’: A record 10% of the world’s power was generated by wind and solar methods in 2021

Deehan said in a statement that more needs to be done, especially at the federal level. “Despite incredible progress illustrated by the milestone this weekend, a mind-boggling regulatory misstep by the Biden administration has left proponents concerned about falling back on California’s clean energy targets.”

Deehan said a Department of Commerce investigation into tariffs on imported solar panels is delaying thousands of megawatts of solar storage projects in California.

Still, Deehan said, “California has shown we can do it for a short and bright moment! It’s time to move to 100% clean energy, 100% of the time.”

Does California use nuclear energy?

California has two working nuclear reactors in one plant, three nuclear facilities in various stages of decommissioning, and multiple research reactors that are operational or in the process of being decommissioned. See the article : Solar panels are contagious – but in a good way: Study.

Is Nuclear Power Banned in California? A 1976 state law prohibits the construction of new nuclear power plants in California until a means for the disposal of high-level nuclear waste is approved.

What is California’s main source of energy?

Where does most of California’s electricity come from?

Sources of in-state power generation in California: 2018 This accounted for 68% of CA demand in 2018; the remaining 32% were imported.

How much electricity does California import from other states?

How much of California’s electricity comes from coal?

How much of California’s energy is nuclear?

What energy source does California use?

In 2021, California was the nation’s largest producer of electricity from solar, geothermal and biomass energy. The state was fourth in the nation in conventional hydropower generation, down from second in 2019 due in part to drought and increased demand for water.

Where does California import its electricity from?

California utilities partially own and import power from several power plants in Arizona and Utah. In addition, electricity imports from California include hydropower from the Pacific Northwest, largely over power lines running from Oregon to Los Angeles.

Why is California shutting down nuclear?

In 2016, PG&E announced that it plans to shut down its two Diablo Canyon reactors in 2024 and 2025, stating that because California energy regulations prioritize renewable energy over nuclear power, the plant would likely only run part-time, making it uneconomical. .

Why is California closing nuclear plants?

PG&E announced the shutdown plan as part of a deal with environmentalists and union workers in 2016, citing an “acknowledgment that California’s new energy policies will significantly reduce Diablo Canyon’s need for electricity production.”

Why are they shutting down nuclear power plants?

A nuclear phase-out is the cessation of the use of nuclear energy for energy production. Often started because of concerns about nuclear energy, phase-outs usually involve closing nuclear plants and looking at fossil fuels and renewable energy.

How much of California’s electricity comes from solar?

What percentage of electricity comes from renewable sources in California? California has just reached 95% renewable energy.

Where does California get most of its electricity from?

Due to high demand for electricity, California imports more electricity than any other state (32% of its consumption in 2018), mainly wind and hydropower from states in the Pacific Northwest (via Path 15 and Path 66) and nuclear, coal, and natural gas-fired Southwest desert production via path 46.

Where does California get fuel from?

California imports about 85% of its natural gas through six major gas pipelines. Most of the natural gas comes from the American Southwest, the Rocky Mountain states and Canada. The remaining 15% of California’s natural gas is produced in the state, both offshore and onshore.

Does California use Russian oil?

According to the latest figures from the US Energy Information Administration, 17.6 million barrels of Russian crude oil were shipped to California in 2021. That works out to about 48,000 barrels per day, or 3 percent of what the state imported last year, which ends up on its way to California refineries.

Does California produce its own oil?

California is said to be the world’s largest oil producer and the first US state to plan a controlled decline in the sector. It produces 394 million barrels per day, making it the seventh largest US state oil producer. 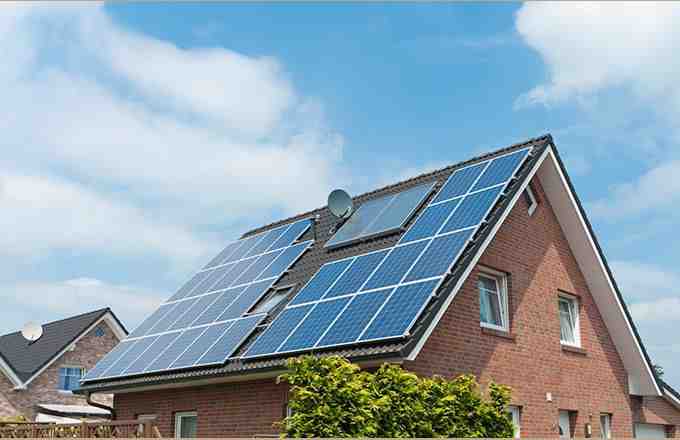 See the article :
How solar energy is used for power generation ?
There are three main ways to harness solar energy: photovoltaics, solar heating…

When did windmills originate?

The earliest known references to windmills are to a Persian millmaker in AD 644. and from windmills in Seistan, Persia, in AD 915.

When were windmills invented in America? Next year will be the 150th anniversary of the practical start of the wind farm in America. Connecticut inventor Daniel Halladay had developed a working wind motor as early as 1854, but found little market for it in wetland New England.

Who invented the original windmill?

When were windmills first created and by who?

The first practical windmills were in use in Sistan, a region of Iran and bordering Afghanistan, at least in the 9th century and possibly as early as the mid to late 7th century.

Who first invented the windmill?

Brief History of Windmills The history of windmills goes back 3700 years, all the way to the 2nd millennium BC when the Babylonian ruler Hammurabi supposedly revealed his plans to convert the power of the wind using an automated network of irrigation windmills that cover his land. would provide water.

Who invented the windmill in 1854?

When did wind turbines start being used?

However, it was not until after 1970, with the oil crisis and rising fossil fuel prices, that this resource became more widely used. Since then, technological developments have made the turbines more efficient, making wind power an economically attractive option.

In which decade was wind generated electricity first sold to the public?

Wind power generation took place in the United Kingdom and the United States in 1887 and 1888, but modern wind power is believed to have been first developed in Denmark, where horizontal axis wind turbines were built in 1891 and a 22.8 meter wind turbine began. operation in 1897.

When was the first modern wind turbine built?

In 1931, French aeronautical engineer Georges Jean Marie Darrieus built and patented “the Darrieus wind turbine”. In 1941, the world’s first megawatt wind turbine, the Smith-Putman wind turbine, was built and connected to the local electricity distribution system in a mountain in Castleton, Vermont, USA.

To see also :
Why solar energy is the best source of energy ?
Photovoltaic (PV) and concentrated solar energy are likely to continue to grow…

“California has reached 100% renewable energy today. It is very clear that by 2030 we can achieve clean energy every day if we reduce fossil fuel subsidies and political inertia,” Daniel Kammen, an energy professor at UC Berkeley, wrote on Twitter.

What percent of California’s energy is green?

SACRAMENTO — Data from the California Energy Commission (CEC) shows that 59 percent of the state’s electricity in 2020 came from renewable and zero-carbon sources.

What percent of California energy is renewable 2020?

Recently, California, the fifth largest economy in the world, has launched 94.5 percent renewable energy. This landmark moment happened on April 29 at around 2:30 am, just days after we celebrated the 51st Earth Day.

â€œCalifornia has reached 100% renewable energy today. It is very clear that by 2030 we can achieve clean energy every day if we reduce fossil fuel subsidies and political indolence,” Daniel Kammen, an energy professor at UC Berkeley, wrote on Twitter.

What percent of California energy is renewable 2020?

Recently, California, the fifth largest economy in the world, has launched 94.5 percent renewable energy. This landmark moment happened on April 29 at around 2:30 am, just days after we celebrated the 51st Earth Day.

What percentage of energy is renewable 2020?

Globally, renewable energy sources accounted for 29 percent of electricity generation in 2020, much of it from hydropower (16.8 percent). In 2020, a record amount of more than 256 GW of renewable energy capacity was added worldwide.

What percentage of California is renewable energy?

New data indicates California is ahead of clean electricity targets. SACRAMENTO — Data from the California Energy Commission (CEC) shows that 59 percent of the state’s electricity in 2020 came from renewable and zero-carbon sources.

How much energy is renewable in the US 2020?

In 2020, renewables accounted for about 12.6% of total U.S. energy consumption and about 19.8% of electricity generation.