“Bringing another solar project to full operation on our public lands will accelerate our nation’s transition to a clean energy economy, freeing up renewable resources, creating jobs, reducing costs and boosting local economies,” said Secretary Deb Haaland. “The Department of the Interior will continue to advance the sustainable development of clean energy to help meet the Biden-Harris administration’s goal of 100% carbon-free electricity by 2035.”

“The Blythe Solar Power Project is another example of how BLM-managed public lands are powering our clean energy future – including through battery energy storage systems added to these important projects,” said Tracy Stone-Manning, Director from the Bureau of Land Management. “BLM will continue its swift work to ensure renewable energy projects have a transparent and predictable process to help ensure their success.”

The Blythe Solar Power Project was permitted as part of the Land Use Plan Amendment to the Desert Renewable Energy Conservation Plan (DRECP). DRECP is a landscape-level plan focused on 10.8 million acres of public land in the desert regions of seven counties of California that accelerates the development of renewable energy while conserving unique and valuable desert ecosystems and providing opportunities for outdoor recreation. . To approve these sites for renewable energy projects, the BLM works with tribal governments, local communities, state regulators, industry and other federal agencies.

The solar installation was completed in four phases, starting in January 2015 and ending in November 2020. The first phase consisted of 110 MW and phases two through four added an additional 125 MW each. The battery energy storage system was approved in 2020. Today, all 485 MW of the solar installation and 387 MW of battery storage are fully operational.

The BLM is currently processing 64 proposed utility-scale onshore clean energy projects on public lands in the western United States. This includes solar, wind and geothermal projects, as well as interconnecting generation lines that are vital for proposed clean energy projects on non-federal lands. These projects have the combined potential to add more than 41,000 megawatts of renewable energy to the western power grid. BLM is also conducting the preliminary review of 90 applications for solar and wind power development, as well as 51 applications for wind and solar power testing.

Today’s announcement follows several recent approvals for renewable energy and conservation through the DRECP. Renewable energy approvals include construction of the Oberon, Arica and Victory Pass solar projects near the Desert Center in eastern Riverside County. The Department also announced that the Palen Solar Project has reached full power operation.

The BLM also achieved a conservation milestone through DRECP with the California Department of Fish and Wildlife, approving the JB Eastern Slope Mitigation project, which will restore 158,000 acres of public land managed by the BLM as part of state-mandated mitigation for the solar development in private areas. lands.

Which state has less solar radiation?

Where does solar radiation vary the least?

Where is the least amount of solar radiation?

On average, these would be the poles. As you correctly pointed out, due to the tilt of the Earth’s axis, there are large areas that receive very little and sometimes no sunlight and these change throughout the year. But, on average, the poles receive less solar radiation.

Where does solar radiation vary the most?

Earth receives different amounts of solar energy at different latitudes, with most at the equator and least at the poles.

Does solar radiation vary with latitude?

Which state gets the most solar radiation?

Where is solar radiation the greatest in the US?

Rajasthan has long been thought to be India’s sunniest state, but a mapping of solar energy hotspots by the Indian Space Research Organization (ISRO) found that Gujarat receives the highest levels of solar radiation, making it the best place in the world. country to install solar power plants.

Which state gets the most solar energy?

What part of the US is best for solar?

Is east or west better for solar panels?

Why should solar panels face south?

What side of roof is best for solar panels?

A new study of 110,000 California homes with rooftop solar systems confirmed that the vast majority of panels were pointed south because most panel owners were paid by the number of kilowatt-hours the panels produced. 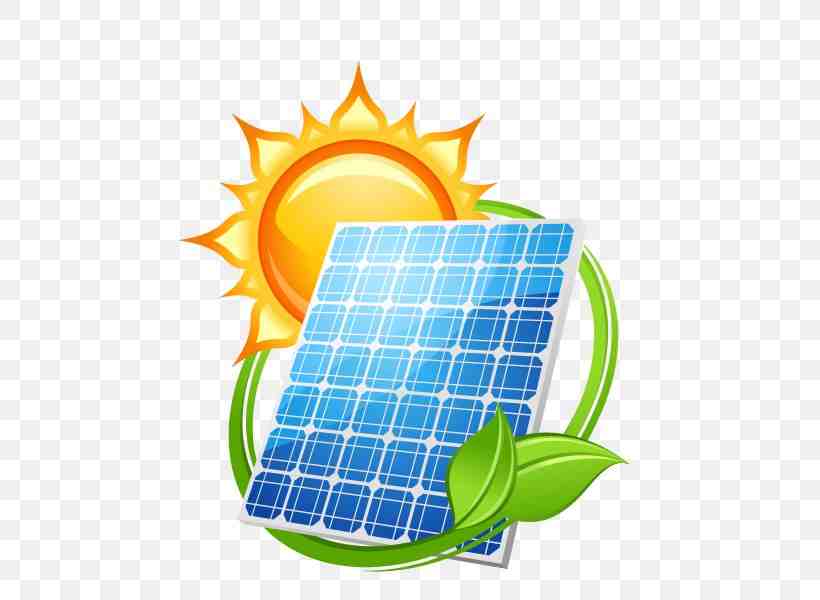 See the article :
Why solar energy is renewable ?
The definition of advantage means anything that provides a more favorable position,…

How much electricity does California buy from other states?

Is your solar roof ready? The best position for solar panels is to the south, but even west and east facing roofs can accommodate solar energy. An angle of 30 degrees is suitable for the best year-round solar production, but 15 to 40 degrees can also be great.

How much power does California get from other states?

Does California get power from other states?

Does California buy electricity from other states?

Due to high electricity demand, California imports more electricity than any other state (32% of its consumption in 2018), primarily wind and hydro from Pacific Northwest states (via Path 15 and Path 66) and nuclear power, coal and natural gas production from the Southwest desert via Path 46.

Where does California get their energy?

Due to high electricity demand, California imports more electricity than any other state (32% of its consumption in 2018), primarily wind and hydro from Pacific Northwest states (via Path 15 and Path 66) and nuclear power, coal and natural gas production from the Southwest desert via Path 46.

What states does California buy electricity from?

California is the largest national producer of electricity from solar, geothermal and biomass. California’s largest solar resources are in the southeastern deserts of the state, where all of its solar thermal facilities and most of its largest solar PV plants are located. 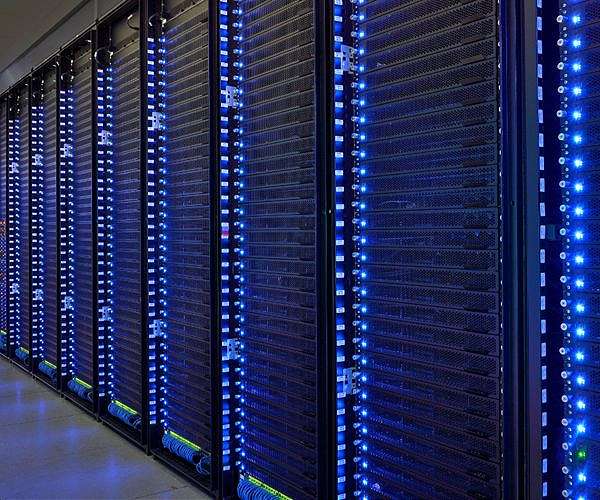 This may interest you :
Machine learning for solar energy is supercomputer kryptonite
Supercomputers could find themselves out of a job thanks to a…

What percentage of US power comes from solar?

California utilities own and partially import power from several power plants in Arizona and Utah. In addition, California’s electricity imports include hydroelectric power from the Pacific Northwest, largely through high-voltage transmission lines that run from Oregon to the Los Angeles area.

Today, more than 3% of US electricity comes from solar energy in the form of solar photovoltaics (PV) and concentrated solar thermal energy (CSP).

What percentage of US power comes from?

What percentage of US energy comes from wind and solar power? Solar and wind energy use has grown rapidly over the past decade, but in 2018 these sources accounted for less than 4% of all energy used in the US (this is the most recent full year for which data is available.)

Where does most of the power in the US come from?

About 78% of the country’s energy comes from fossil fuels, 8.9% from nuclear power and 12.5% ​​from renewable sources.

Where does the US get approximately 80% of its energy from?

According to the US Energy Information Administration, most of the country’s electricity was generated by natural gas, nuclear power, and coal in 2020. Electricity is also produced from renewable sources such as wind, hydro, solar. , biomass, wind and geothermal.

What percentage of US electricity comes from renewables?

As a result, fossil fuels accounted for about 80% of US energy production over the past decade. Since 2008, US production of crude oil, dry natural gas and liquids from natural gas plants (NGPL) has increased by 15 quadrillion British thermal units (quads), 14 quads and 4 quads, respectively.

How much of the US energy comes from solar?

Where does the US get the majority of its energy?

Where does the US get approximately 80% of its energy from?

Energy in the United States came primarily from fossil fuels in 2021, as 36% of the country’s energy came from oil, 32% from natural gas, and 11% from coal. Nuclear energy provided 8% and renewable energy provided 12%, which includes hydro, biomass, wind, geothermal and solar.

What percent of the United States uses solar energy 2021?

As a result, fossil fuels accounted for about 80% of US energy production over the past decade. Since 2008, US production of crude oil, dry natural gas and liquids from natural gas plants (NGPL) has increased by 15 quadrillion British thermal units (quads), 14 quads and 4 quads, respectively.

What percent of the US uses solar energy 2021?

In our Short-Term Energy Outlook, we predict that solar will account for 4% of US electricity generation in 2021 and 5% in 2022.

In our Short-Term Energy Outlook, we predict that solar will account for 4% of US electricity generation in 2021 and 5% in 2022.

What percent of the US has solar panels?

What percent of the US uses solar energy 2020? 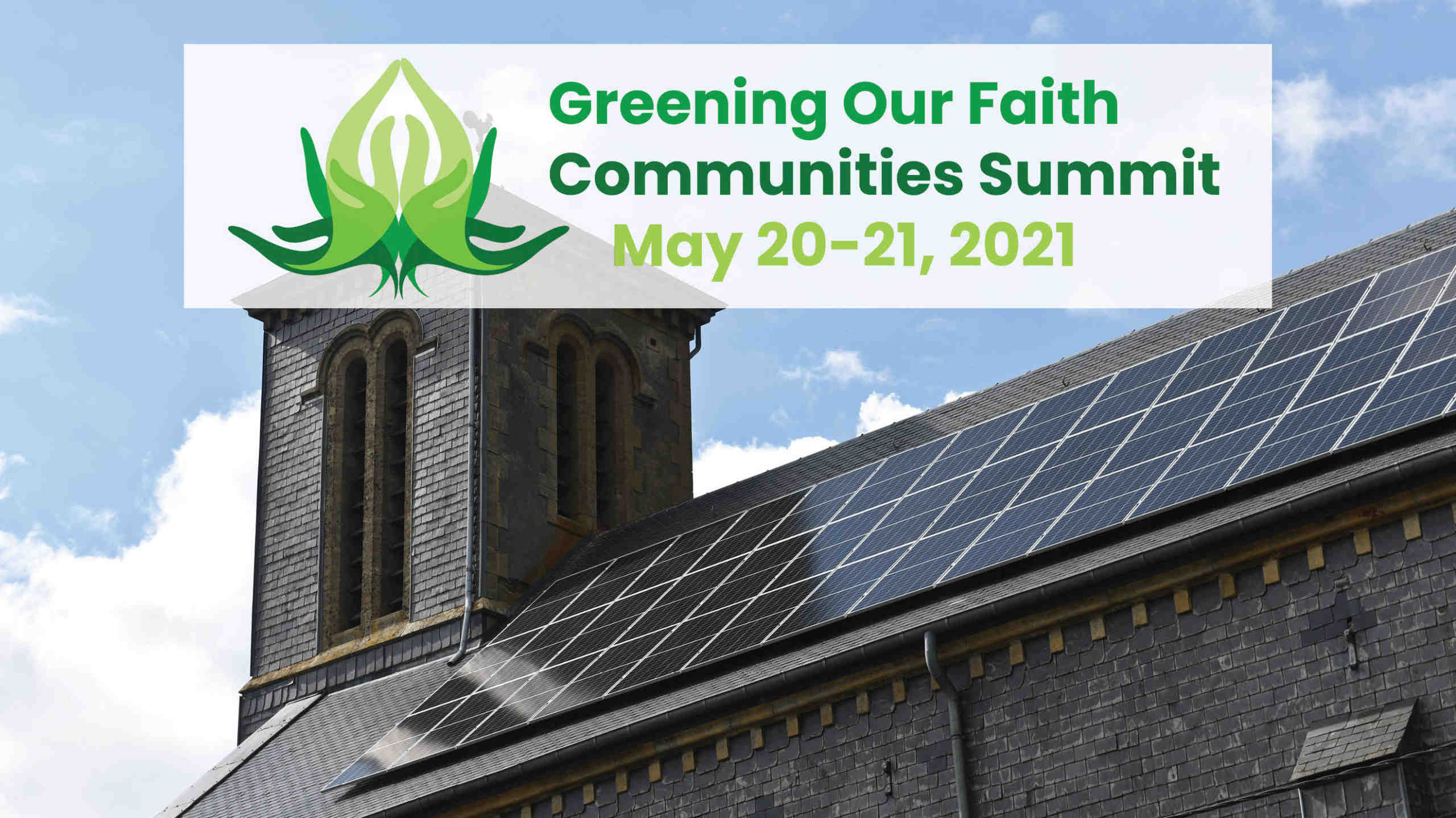 To see also :
Target store in Vista becomes company’s first to run entirely on solar power
The site has been undergoing refurbishment for almost 3 years and solar…

Overview Solar (including distributed) generation, which accounted for 3.3% of total US generation in 2020, is the fastest growing source of electricity.

With funding from solar energy advocates and installers, the consulting firm found that nearly eliminating climate pollution in the US would be $473 billion cheaper with dramatic growth in solar power and batteries for roofs and communities. California, in particular, could save $120 billion by building six times the number of small…

Is solar still worth it in California?

Are solar panels expensive in California? California Solar Panels FAQ Given a solar panel system size of 5 kilowatts (kW), an average solar installation in California ranges from $11,815 to $15,985, with the average gross price of solar energy in California coming in at $13,900.

Will California pay for your solar panels?

In most situations, solar energy pays off in California. This incredibly sunny state provides more than enough sun to make the costs of solar energy worth it, and that doesn’t even take into account the numerous discounts and repurchase fees. In addition, the payback period is less than six years, one of the lowest in the entire country.

Does California have a solar tax credit 2022?

The property tax incentive for installing an active solar energy system is in the form of a new construction exclusion. It is not an exemption. Therefore, the installation of a qualified solar energy system will not result in an increase or decrease in the valuation of the existing property.

Federal Solar Investment Tax Credit (ITC)** Buy and install a new residential solar system in California in 2022, with or without a home battery, and you could qualify for the 26% federal tax credit. Residential ITC drops to 22% in 2023 and ends in 2024.

Why is going solar so expensive?

Yes, solar panels are expensive. With a typical 6 kW system costing an average of $17,700 before incentives, they are a home improvement that requires a significant financial investment.

Is it worth paying off solar panels?

Solar panels themselves, however, are relatively expensive, due to the high-quality materials they are made from. According to Ecotality, solar panels are predominantly made of pure silicon, a metal that requires a lot of energy to manufacture.

Is solar power too expensive?

If you live in an area with high energy rates and an adequate solar rating, and if you can afford the upfront investment, it’s worth installing solar panels on your home while the 30% tax exemption is in effect – for the good for the environment and your wallet. But don’t expect to eliminate your energy bill overnight.

What are some arguments for and against solar?

What is the argument against solar power?

What are 3 disadvantages of solar?

“Solar-generated electricity is too expensive” Let’s start with the most common argument: solar power is too expensive. That used to be the case, but it isn’t anymore. According to a report by IRENA, the cost of PV electricity has dropped by 82% since 2010 and this trend is expected to continue.